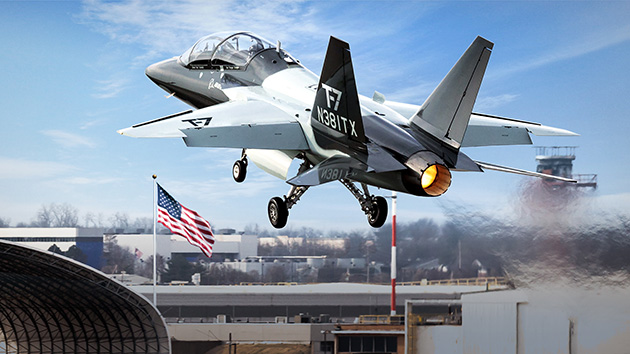 The T-7A Red Hawk is an all-new advanced pilot training system designed for the U.S. Air Force that will train the next generation of fighter and bomber pilots for decades to come.

In September 2018, the U.S. Air Force awarded Boeing a $9.2 billion contract to supply 351 advanced trainer aircraft and 46 associated ground based training simulators. The U.S. Air Force’s T-7A Red Hawk program is arguably the world’s first digitally-native aircraft program, ushering in a new era of aircraft design and production that is breaking the norms of typical new-start DoD programs of record.

During the media briefing to reporters, Thom Breckenridge, Boeing vice president, Bombers & Fighters, International Business Development, said the T-7 is a new advanced pilot training system that includes ground-based training designed together from the start, and engineers applied model-based engineering and advanced manufacturing and testing techniques to move from concept to first flight in just 36 months.

“Compared to traditional aircraft development programs, T-7A experienced a 75% increase improvement in first-time engineering quality, an 80% reduction in assembly hours and a 50% reduction in software development and verification time,” he said. 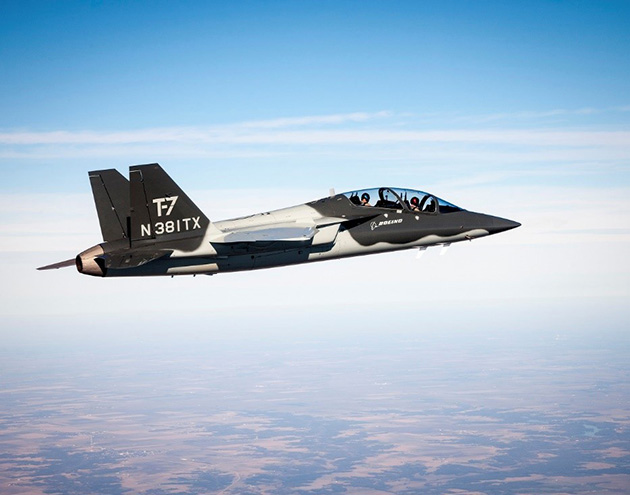 Breckenridge explained that executing on the U.S. Air Force contract for the T-7A Red Hawk is Boeing’s top priority right now and will strengthen our ability to ultimately serve the international market.

“T-7 will be a franchise program for much of this century, and beyond the current U.S. Air Force contract, we see potential global market opportunities of up to 2,600 aircraft plus ground-based trainers and advanced simulation technologies,” he said.

“Boeing has said that customers will benefit greatly from the T-7’s advanced pilot training system, providing real-as-it-gets simulation, interactive classroom lessons, computer-based training modules, adaptive training that adjusts to students’ needs, and a complete suite of instructor tools – for optimum results on the ground and in the “classroom in the sky,” Breckenridge added.

The T-7A’s design includes provisions for growth as requirements evolve for additional missions.