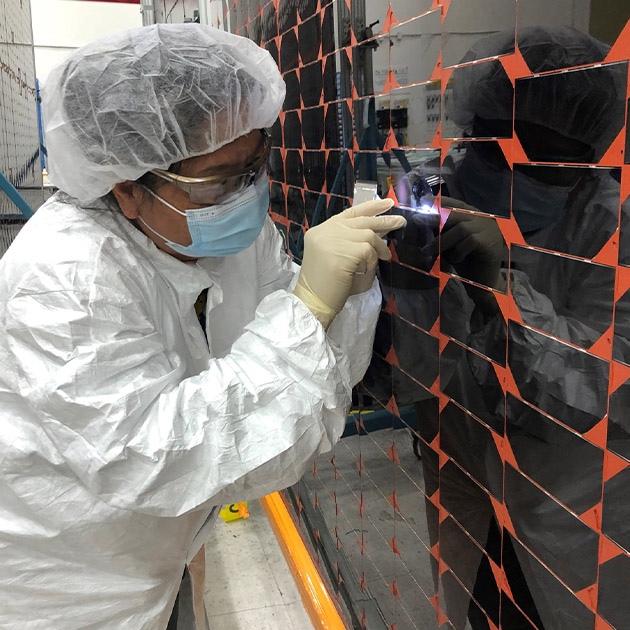 When Connie So sees launch coverage of Boeing satellites, the CST-100 Starliner or even footage of the International Space Station, she knows her hands have played a vital and meticulous role for more than 25 years in making the solar panels used on the flight hardware.

Inside the Spectrolab factory in Sylmar, California, she works on panel assembly from the start of the build until completion. Whether she’s soldering, welding or connecting wires used on solar panels, she’s had a major role in almost every program, including NASA’s Mars Rover, NASA’s Juno spacecraft that orbited Jupiter, and Boeing satellite programs such as Wideband Global SATCOM (WGS) and O3b mPOWER.

For the Starliner, Spectrolab, a wholly owned Boeing subsidiary, produces more than 3,500 solar cells for each spacecraft, powering Starliner to and from the International Space Station and while docked to the station for approximately six months at a time.

“Every time I see something from Boeing fly into space, I tell my family I put my hand on there. I worked on that one,” So said. 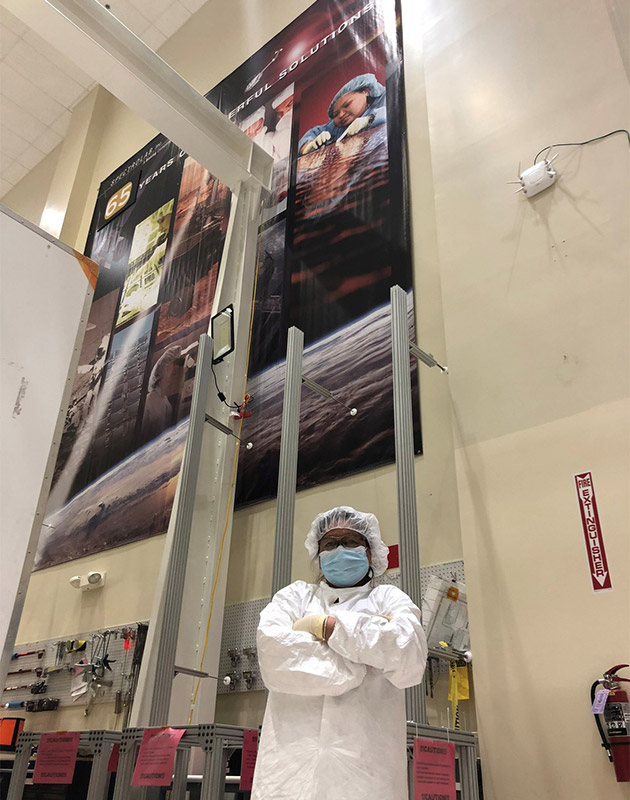 Connie So stands in front of a banner prominently displaying her photo in the Spectrolab manufacturing facility.

Most recently, she’s has been working on solar panels for the Starliner and for O3B mPOWER satellites. The O3B mPOWER is an 11-satellite medium Earth orbit constellation that will allow telecommunications companies, mobile network operators, governments, enterprises, aircraft and ship operators, and more, to connect with their core network or extend cloud access worldwide.

“I never get bored. Every day is different,” she said. “This way I learn how to do different things. It’s good to have change.”

She’s a long way from a tumultuous childhood, having spent a few years separated from her parents at about 7 years old when the Khmer Rouge regime took over Cambodia.

The day the regime took her is vivid in her mind. She could see them coming over a bridge near her home and she ran inside to hide. Many children were removed from their parents during the war and placed in what So described as a compound. At times, she would run away to her parents’ home only to be forced to return.

In 1979, she and her parents and two siblings were able to flee to the Cambodian border and then to Thailand, where they lived in a refugee camp until 1985 — when she was 16. They were then welcomed into the United States.

After graduating high school and taking college courses for a few years, she began her first job — soldering parts together. She did that for about 10 years for a semiconductor company before joining Spectrolab in 1996 as a panel assembly technician.

“I came from a very poor family. When we came here, we had nothing. I didn’t know what I wanted to do for a living. I just wanted to survive,” said So, who with her husband cares for her mother, who will be 101 years old in May.

Prominently displayed on a poster in the factory, she is a peer mentor to other technicians. She has also been featured in Spectrolab magazines as well as online and in social media and other publications.

“This is my second home. We are just like family here,” So said. “Everybody is friendly. We have great engineers. Whenever I need help, I can get help. If other technicians need help, I help them. A lot of people I have worked with for years and years.”

Marcos Castillo, panel operations manager, said So’s knowledge across all areas of the panel build and a positive attitude are why her peers find it easy to approach her if they have any questions.

“Connie has also been helping train our newer technicians,” he said. “She is currently working on a program which requires a delicate process and with no room for errors. She produces quality work and takes pride in everything she does.”

So’s message to others is to “follow your dream. Do whatever type of work you’d like to do,” she said, “and don’t let anybody stop you.”