Update: NASA is targeting Saturday, Sept. 3, for the next launch attempt of the Artemis I flight test around the Moon. The two-hour launch window opens at 2:17 p.m. Eastern time. You can watch the broadcast here starting at 12:15 p.m. EDT. 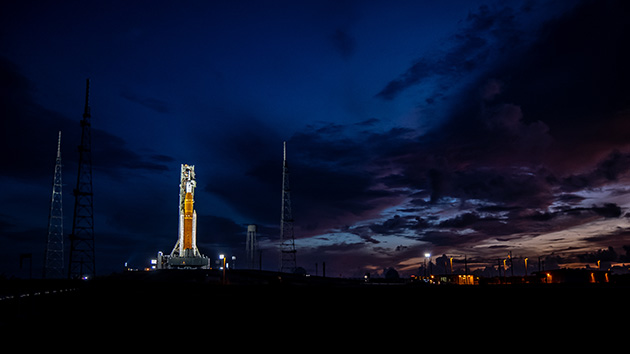 The Artemis I rocket and spacecraft are seen at Launch Complex 39B at NASA's Kennedy Space Center in Florida.

The stars are aligned, not to mention the Moon. At precisely 8:33 a.m. U.S. Eastern time on Aug. 29, the Artemis I mission’s launch window opens — along with the path toward a permanent human presence in deep space.

As the launch window approaches, Subashini Iyer, who leads Boeing’s SLS Launch Integrated Product Team, will be closely observing the data flowing through the launch displays.

“I think I’ll be holding my breath until about eight minutes after launch,” Iyer said. “At that point, I’ll know the core stage has done its job.”

“As prime contractor for NASA, we’ve helped build the only rocket powerful enough currently capable of carrying humans to deep space,” said Brandon Burroughs, a former SLS engineer now working in Business Development. “It’s a true testimony to the innovative minds we have at Boeing.”

Though this first Artemis mission is uncrewed, the next time a Boeing-built core stage is at the launch pad, SLS will send humans farther into the solar system than humanity has ever traveled before.

Before humanity’s return to the Moon, however, the ground systems, SLS and Orion need to complete a successful first launch and mission to send the spacecraft around the Moon and back to Earth.

“Boeing works with NASA and the other Artemis partners to consider every detail, but as prepared as we are, even a weather event could impact launch,” Iyer said.

Should the two-hour window pass without a launch, teams and technology will realign for another attempt on Sept. 2.

For Iyer, mission success is important — and so is celebrating this monumental moment.

“I can’t help but be excited. The Artemis team has worked so hard,” Iyer said. “It’s time to make history!”

Tune in to the launch broadcast live starting with tanking at midnight on Monday, Aug. 29, then the full launch broadcast which begins at 6:30 a.m. Eastern time. The launch will be shown on NASA TV and at nasa.gov/live. Follow the countdown and highlights at @BoeingSpace.