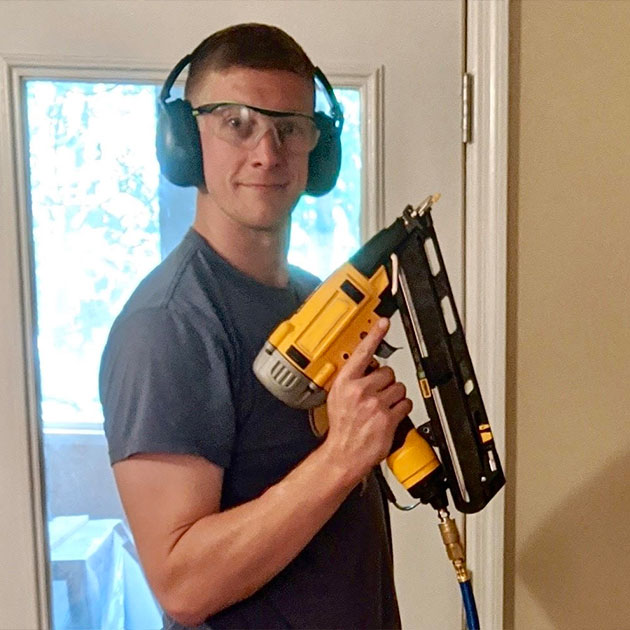 Finally, Will Garrison had a seemingly straightforward home-repair project.

As a do-it-yourself renovator, he’d learned everything from electrical wiring to plumbing. For him, laying hardwoods would be refreshingly simple. A quick check of his subfloor’s moisture — which measured at 10 times the acceptable level — proved this project would be anything but.

As the problems mounted, the Boeing engineer stayed focused on the big picture — a trait he says is essential whether working on his home or supporting homeland defense.

“It’s easy to lose sight of what problem you are trying to solve,” Garrison said. “Engineers are great at working through really complex, detailed issues, but paying attention to the broader landscape of problems is equally important.”

A self-described jack-of-all-trades, Garrison’s wide range of engineering knowledge makes him especially effective at highly complicated projects. In his role as mission analysis lead engineer for Missile and Weapon Systems, he looks at both the overarching goal of the defense mission and the workings of each piece of a system.

When a project comes to Garrison, he does a mathematical analysis to simulate how a system will perform in real-world conditions. With a unique understanding of the complexities in a missile system, he can help identify why the simulation went as planned — or why it didn’t.

That determination to find the “why” motivates him. Figuring out why the moisture level on his subfloor was so high, however, had him operating in less familiar territory. He soon discovered the underside of the subfloor was covered in mildew — the result of a leak in the crawl space.

“As I dug up and hauled out 4,000 pounds (1,814 kilograms) of concrete from the crawl space, I realized I’d also become a jack-of-all-DIY-trades,” Garrison said. “But when you challenge yourself to learn about all that goes into accomplishing something, you can more easily visualize the end result.”

At Garrison’s townhouse, the results were a contained leak, mildew-free subflooring and beautiful new hardwood floors. 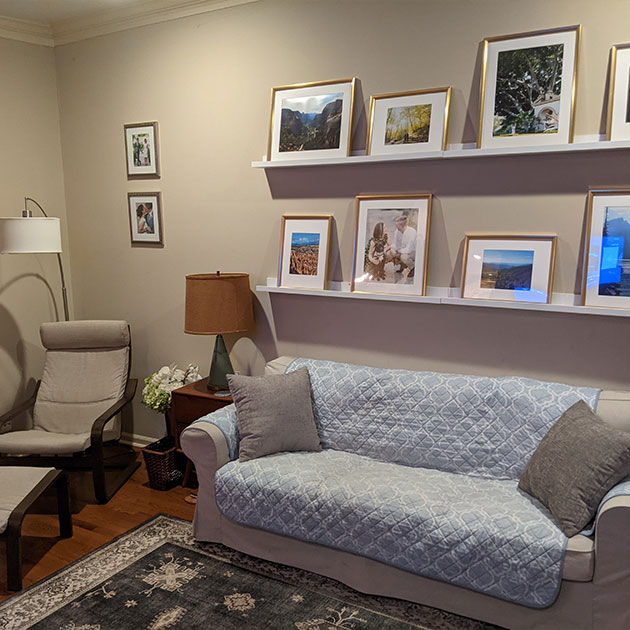 Never one to back away from a challenge at home or work, Garrison’s quest for new opportunities and experiences drew him to Boeing after he finished his graduate studies at Georgia Tech.

“I knew there’d be endless opportunities to learn and grow,” he said. “To this day, every time I start to think, ‘Man, I’d like to learn more about that over there,’ I’m contacted about doing exactly that.”

In his 10 years at Boeing, Garrison has taken full advantage of the company’s growth opportunities. Using the Learning Together Program’s tuition assistance, he earned his doctorate in modeling and simulation in 2019.

“In school, I’d see how singularly focused engineers can be on their portion of a much bigger problem,” Garrison said. “But, my background is in mathematics and physics. I was trained to focus on one big problem, and I’ve kept that mindset as an engineer.”

Garrison’s unique approach to engineering has been recognized by his colleagues. As a recent Associate Technical Fellow nominee, he has the opportunity to join a Boeing program designed for renowned technology leaders to help cultivate further innovation and advancement within the company.

The honor of being nominated has Garrison reflecting on his own experiences as an engineer — and DIY home renovator.

“I want to encourage all engineers to explore their interests and step outside of their comfort zones,” he said. “When you learn about all the pieces that make up the whole, you’ll approach your area of expertise in a new way. Don’t be afraid to be a jack-of-all-trades.”

Garrison acknowledges the common saying, “a jack-of-all-trades is master of none,” isn’t always intended as a compliment. But he’s quick to point out that the quote is often cut short.

“It’s actually, ‘a jack-of-all-trades is master of none, but oftentimes better than a master of one.’”

Garrison paused, then added, “When you see the whole picture, it really changes the meaning, doesn’t it?”