From global tech to sales and services, Boeing innovation in the Middle East reaches new heights as partnerships soar.

A robot head captures everyone’s attention. In a research lab in the United Arab Emirates, engineers from Boeing and local manufacturing firm STRATA gather around it, pitch ideas, create and review designs, and assemble pieces such as a camera and a drill motor.

A robot head captures everyone’s attention. In a research lab in the United Arab Emirates, engineers from Boeing and local manufacturing firm STRATA gather around it, pitch ideas, create and review designs, and assemble pieces such as a camera and a drill motor. 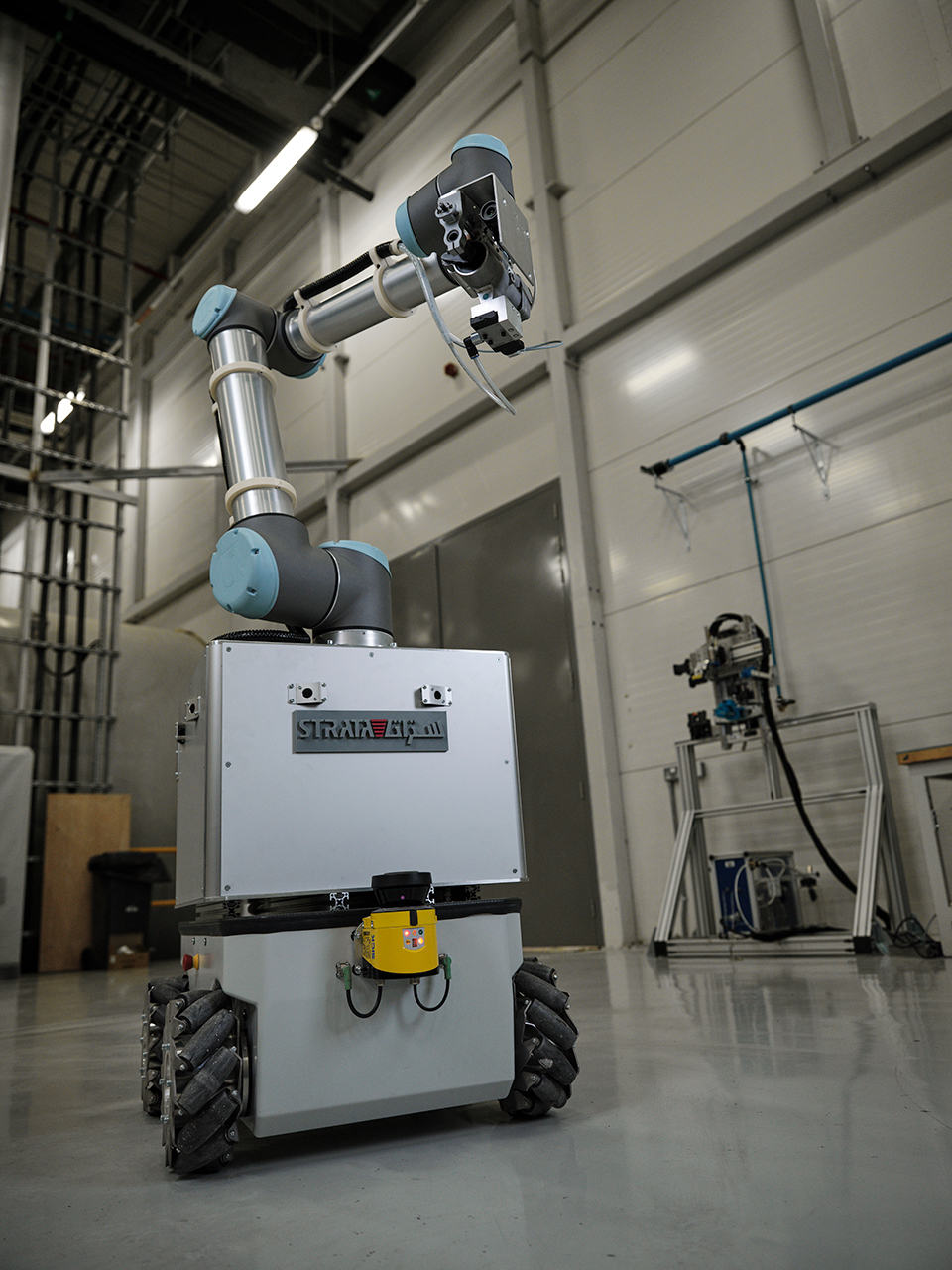 When fully developed, the robot head, called an end-effector, connects to a collaborative robot and a mobile base, undergoes integration and testing in Australia, and helps build the 787 Dreamliner vertical fin in the United States. 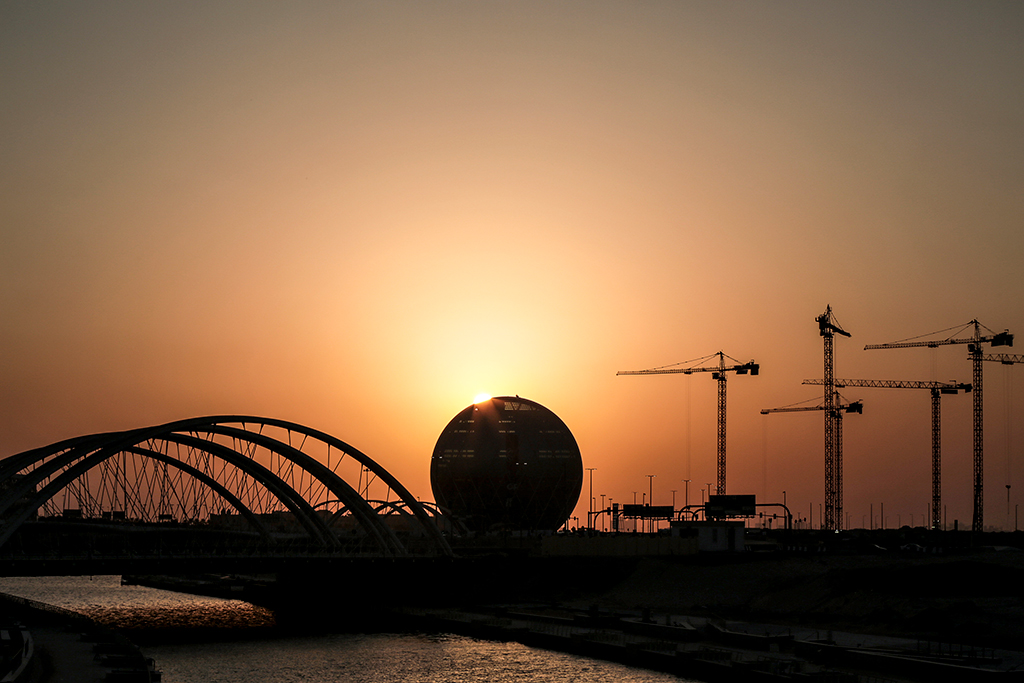 The starting point for this global project and others is the Middle East, considered by Boeing as one of the most strategic marketplaces for airplane sales, aftermarket services, and research and technology.

... to run a pilot program in which Boeing invoices are received and paid through automation. Ahmed Ali, a Boeing finance integrator in the Netherlands, is part of the team introducing newly developed business information technology to make payments without interruption or error.

We’re able to deliver things faster, more accurately and without waste. We’re able to use our best people to analyze instead of having repeatable tasks done by humans. 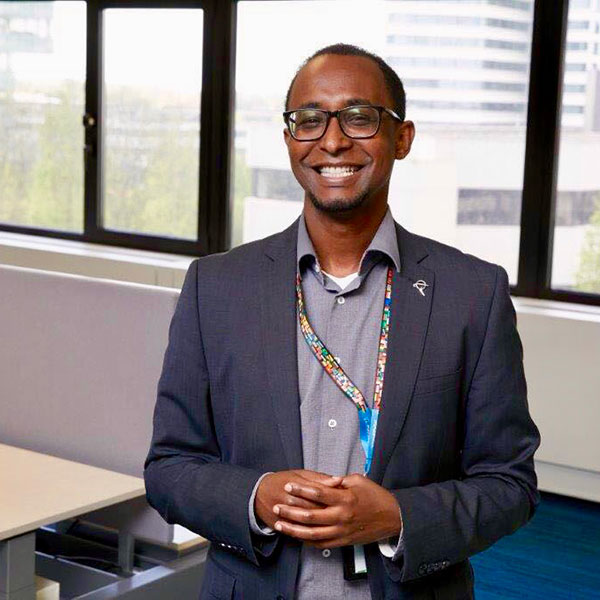 In early 2019, Boeing and Saudi government and mining entities signed a memorandum of understanding to explore the development of raw materials into aerospace-grade aluminum that would be used to build commercial jetliners — and encourage airplane sales in the region. 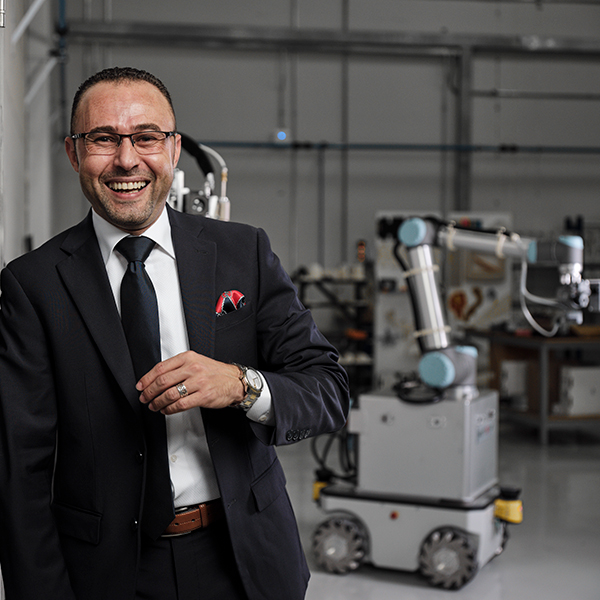 The region has a diversified portfolio in new technologies that Boeing will rely on for a very long time. We’re tackling many fronts and trying to do disruptive work before we get disrupted. It’s spirit-lifting.

In this region of mostly coastal countries, Boeing maintains partnerships in research — from robotics and artificial intelligence for commercial airplanes and financial recordkeeping, to biofuels, to raw materials for creating aerospace-grade aluminum — as well as services that include modification of F-15 jet fighters, an expanding parts distribution center and more. 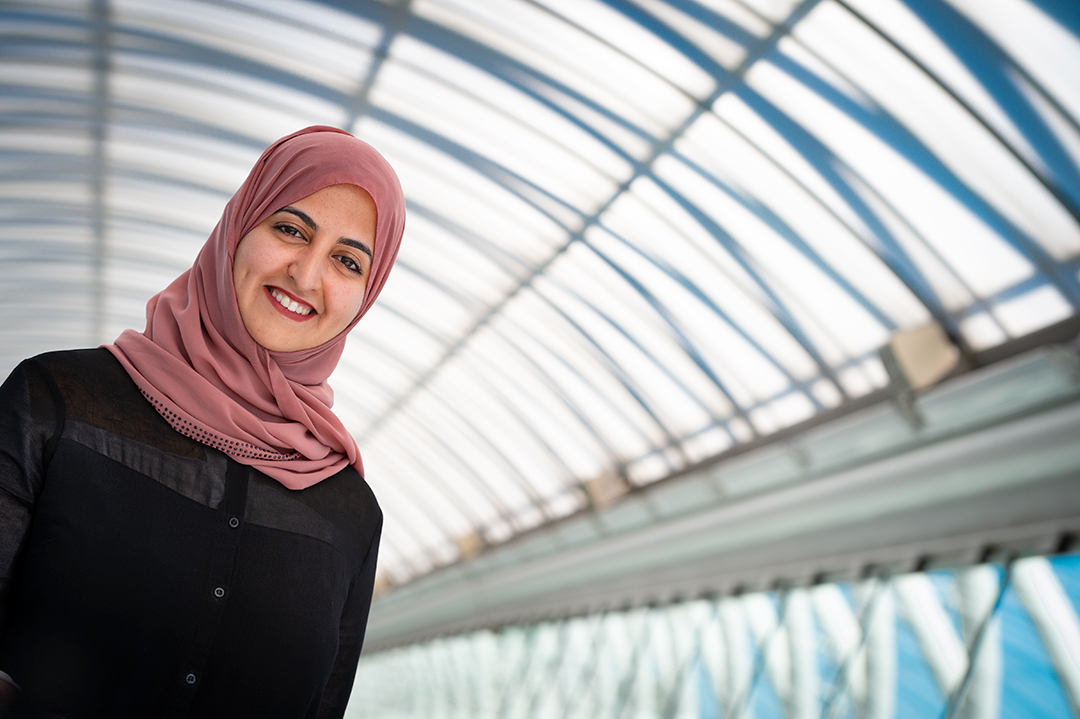 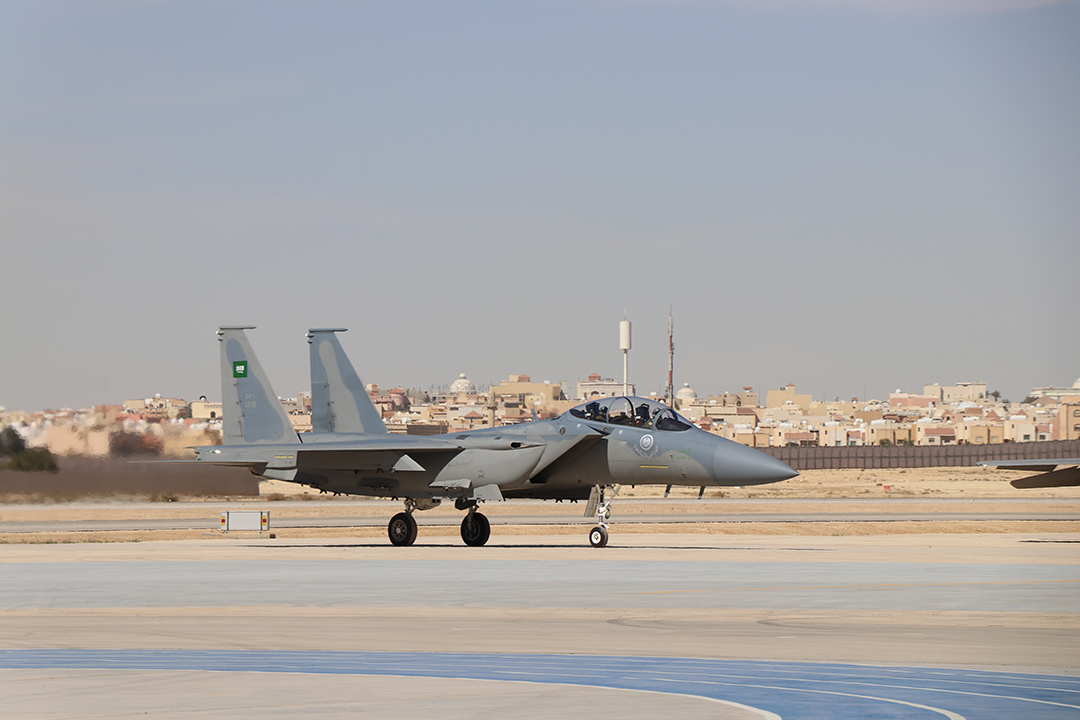 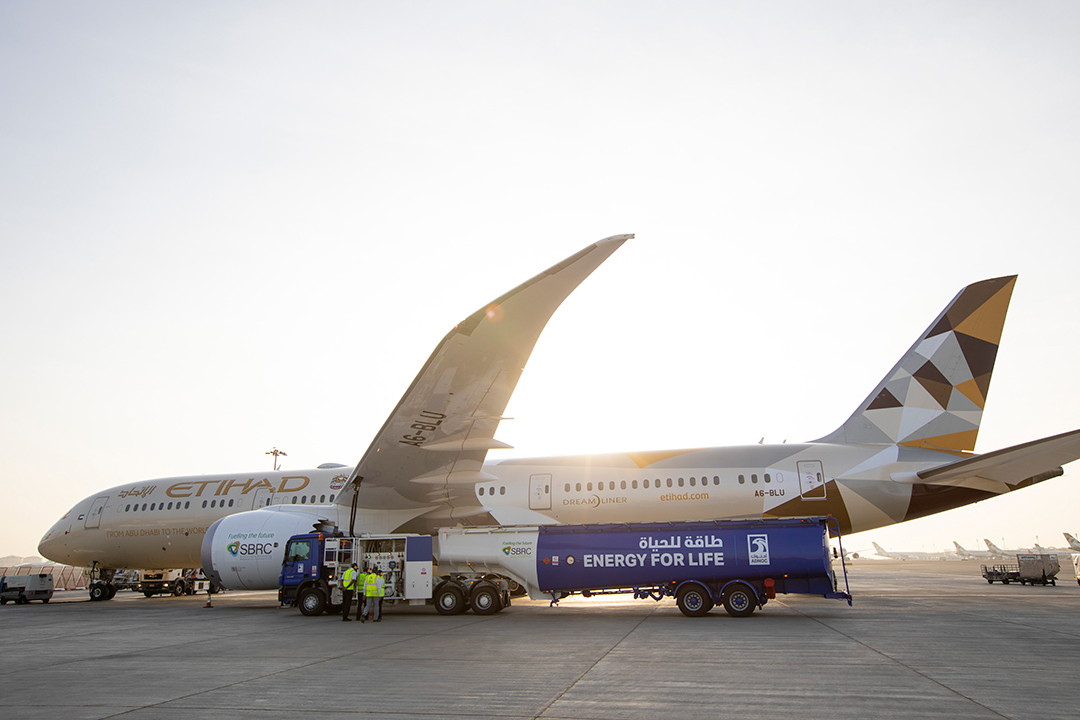 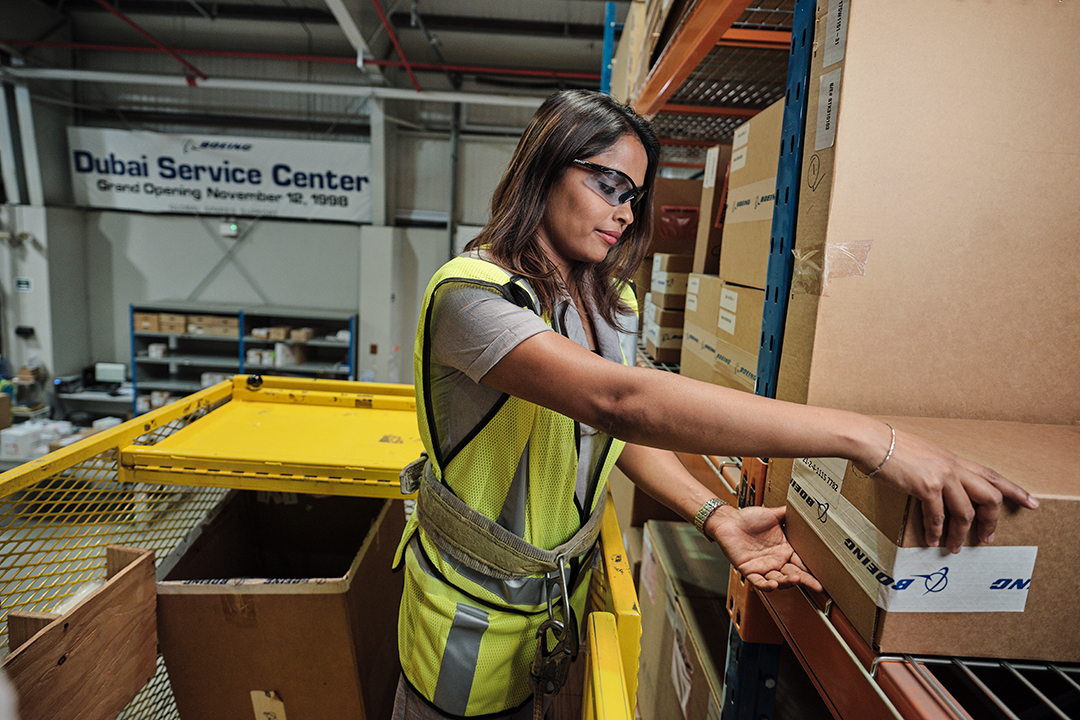 Amani Alonazi, a Boeing artificial intelligence scientist, works in a visual computing center at King Abdullah University of Science and Technology in Thuwal, Saudi Arabia. She’s part of a multidisciplinary Boeing Research & Technology team developing methods that will detect ground hazards for airplanes in airport environments. The work involves the convergence of high-performance computing and AI.

“A new level of intelligence will appear,” said Alonazi, new to Boeing in 2019. “I met with scientists from Seattle, Madrid, Dubai and Saudi Arabia, and I was very excited to see it this diverse. I really wanted to be part of that.”

Alonazi occupies a computing workstation at King Abdullah University of Science and Technology, a glistening research facility on the shores of the Red Sea.

She and the Kingdom of Saudi Arabia’s first coed institution of higher learning have grown up together. Three years after it opened, Alonazi became a scholarship student there. In 2019, she went to work on its campus as a Boeing artificial intelligence scientist.

“It has a beautiful focus on computer science, technology and innovation,” she said of the school. “It’s kind of home for me.”

Alonazi’s role is twofold: She is part of a global Boeing Research & Technology team advancing aerospace, and she contributes to university research projects.

She has access to the university’s supercomputer, Shaheen, which translates to “fastest bird in the Arabian culture.” She finds inspiration amid a diverse student population that counts 102 nationalities and a faculty that holds international credentials.

“I heard the Boeing code: What others dream, we do,” she said. “I’m very excited for my journey ahead.”

She also mixes math and music. Alonazi picked up a violin in a college office one day and decided she would learn to play it. She became proficient enough to join an orchestra and participate in two concerts.

Alonazi sees a strong connection between her two interests, noting that sounds are often created by computations.

“I felt if I learn this, I will be Mozart,” Alonazi said. “It was a good way to distract myself so I come back to work with a fresh mind.”

Boeing and local industry partners in Saudi Arabia previously agreed to a sustainment services deal, which involves modifying F-15 jet fighters for the Saudi Air Force. The joint venture also will provide for service maintenance for other fixed- or rotary-wing military aircraft.

Enter into this equation Mohamed Al Ghailani (below), a Boeing strategy development specialist from the United Arab Emirates. He’s one of those responsible for the next step. 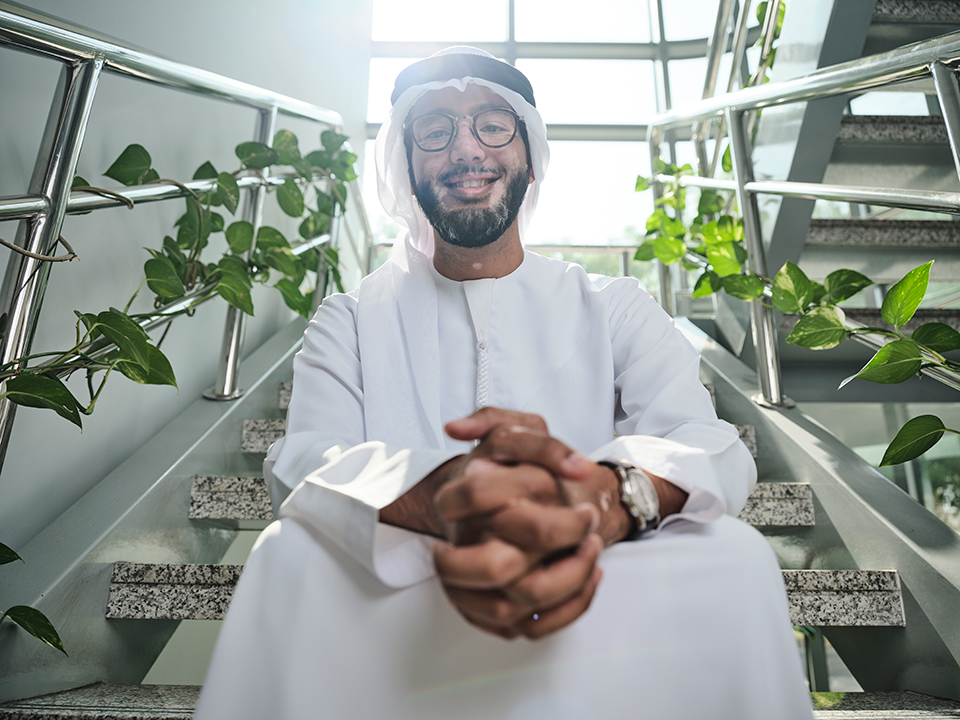 Al Ghailani works with researchers to show how a 100% biofuel blend can effectively power commercial airplanes as an alternative fuel source.

“We keep seeing improvements,” he said. “It’s something I’m very passionate about. It’s very exciting. It makes me feel I can have an impact on the future.”

Al Ghailani left the oil and gas industry as a chemical engineer to join Boeing, drawn to the biofuel project because it involved engineering, sustainability and aerospace.

He works in Boeing offices in Dubai and at the Sustainable Biofuel Research Consortium — founded by what is now Khalifa University of Science and Technology, Etihad Airways, Honeywell, and Boeing — in Abu Dhabi.

As a student, he worked daily with the plants grown as both a fuel and food source in the SBRC research lab. “Boeing has made a commitment to the Middle East and wants to see these kinds of projects work,” said Al Ghailani, whose brother is a 787 pilot for Oman Air. “There is a general interest to see the industry grow together.”

Distribution Services salespeople such as Rajini Jayathilaka and Mandar Kamat streamline orders for Middle East carriers from a consolidated inventory of 20,000 parts. 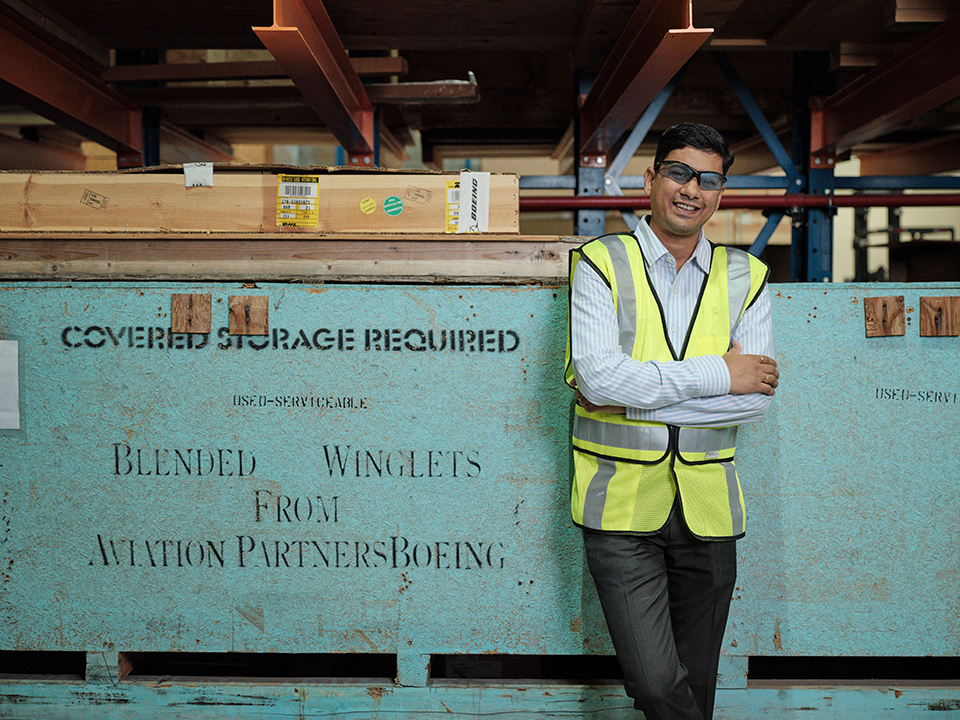 “We are One Boeing and we do joint bids and proposals,” Kamat (above) said. “It’s the benefit of having a one-stop shop where you can purchase everything in Boeing, including heritage Aviall and KLX parts.”

A second and newer Dubai airport, Al Maktoum International, will be the one of the largest globally when fully operational, further increasing aftermarket services needs for the region and the region’s ability to support global customers. 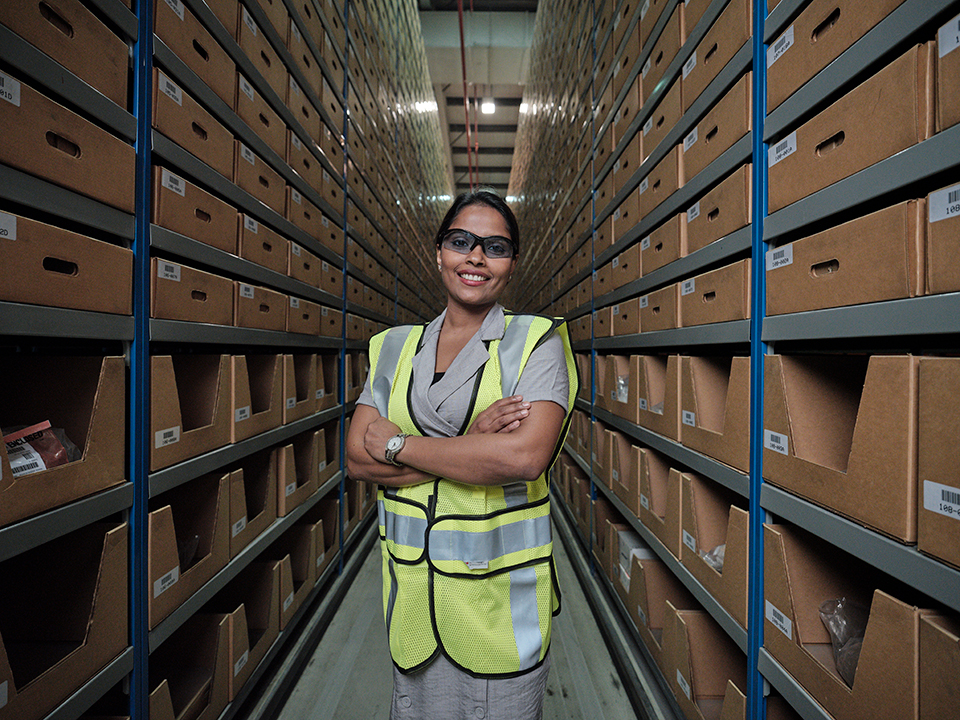 “It’s a very good place to do business — the Middle East,” Jayathilaka (above) said. “It’s amazing how many flights are moving every minute in Dubai. It’s a top marketplace for aviation. We can see it growing every day. We want to satisfy the customer to the maximum level.”

Boeing’s partnerships and growing footprint in the region support an expanding aviation and services market in the Middle East. Per the Boeing Commercial Market Outlook:

And with 70% of the cost of each airplane attributed to life-cycle needs, services will make a marked difference in the region’s ability to successfully support a diverse and growing fleet.

In terms of aviation growth, Boeing’s presence in the region is essential. It’s a natural hub, connecting everything on this side of the world.

The global nature of his job motivates Fahad Alkhateeb, a Boeing information technology engineer in Saudi Arabia. From Riyadh, he works virtually with colleagues in Singapore and Seattle.

As a Boeing employee in the Saudi Arabia, he has an ideal vantage point to see aerospace and the region come together.

When you get local experience and different backgrounds together for the same goal, the amazing will happen. We all work as one team. You can’t find any other company doing what Boeing is doing. 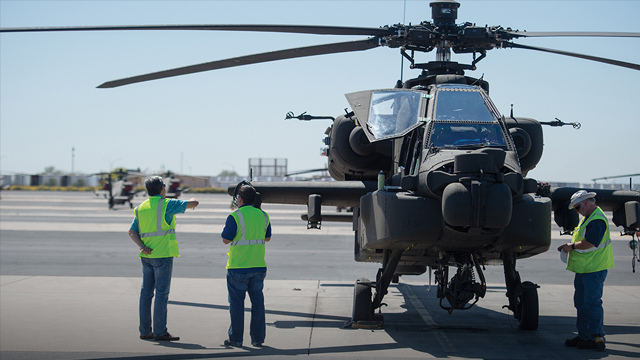 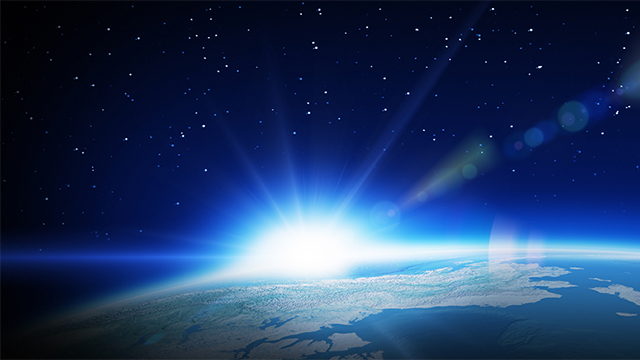 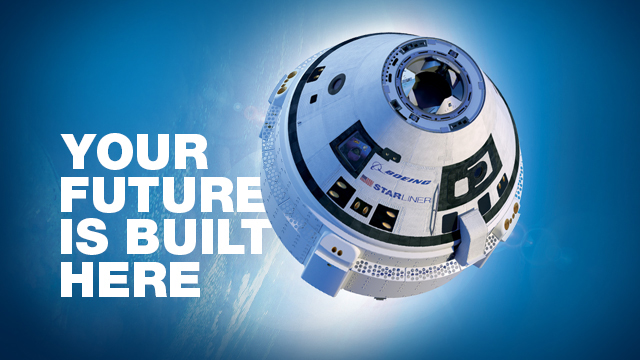