Boeing and the aviation industry: A culture of safety 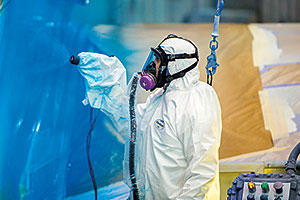 As air travel has grown over the decades, commercial flight has developed into the safest form of transportation according to the statistics. In 2018, the accident rate was one major jet accident for every 5.4 million flights. That’s because of the commitment from everyone in the industry to learn from all forms of data, including accidents and incidents.

When there have been aviation accidents or incidents, such as those involving the 737 MAX, it affects us all very deeply. In our grief, the industry rallies together to make meaningful improvements, making air travel even safer. It’s how we ensure that we never forget those lost and the important lessons learned through investigations.

The Commercial Aviation Safety Team (CAST) comprises hundreds of representatives from airlines, labor, government and manufacturers, including Boeing. Established in 1997, CAST had immediate impact, reducing the fatal accident rate in the United States by 83 percent in the 10-year period from 1998 to 2008.

CAST efforts helped facilitate improvements like terrain avoidance systems. Before the development of these "look ahead" warning systems, controlled-flight-into-terrain (CFIT) accidents had been a leading cause of airplane accidents involving loss of life. Warning systems such as Enhanced Ground Proximity Warning System, have helped dramatically reduce CFIT accidents.

Similar technologies Boeing has implemented include predictive wind shear equipment that, along with improved wind shear training programs for pilots, has virtually eliminated that type of accident. Advances such as these in the design of flight deck systems help pilots avoid safety problems common in years past.

In our workplace, safety is just as important. More than five years ago, Boeing set out to reinvent production safety. The company reviewed its workplace safety data and found an increasing trend in workplace injuries. Boeing took a stand to stop that trend.

For example, eliminating free-standing ladders in the factory has reduced injuries by 29 percent.

I have the privilege of leading the regulatory administration and product safety teams for commercial airplanes at Boeing. Our role spans programs and functions to provide expertise, as well as promote a culture of safety and compliance.

When I visit the Safety Promotion Center, I contemplate our history of tremendous progress in aviation safety, and Boeing’s role and culture of safety. I also reflect on the global aviation system that our products and services are a part of—and that Boeing has helped create through more than a century of commitment.