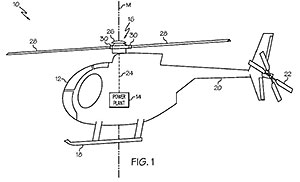 When flight testing a rotorcraft, knowing the position of the flap angle and the feather angle of each rotor blade is important. Therefore, sensors were installed on the exterior surface of the rotor hub to collect rotor blade position data. However, installing such sensors requires unrepairable modifications (such as drilling and taping holes) to the rotor hub. Placing sensors on the exterior of the rotor hub also exposes the sensors to the elements, which requires frequent repairs and influences the quality of the positioning data. These effects can consume time and be expensive.

This recently issued Boeing patent describes a new design and system for monitoring the position of the rotor blades without requiring modification to the main rotor hub for installation. A sensor assembly is configured to sense angular displacement of a pitch housing (and associated rotor blade) relative to a rotor hub about a flap axis and/or angular displacement of the pitch house (and associated rotor blade) relative to the rotor hub about a feather axis. Its small size allows it to fit inside the rotor hub, thus protecting it from the elements and improving the quality of the data for these data points. 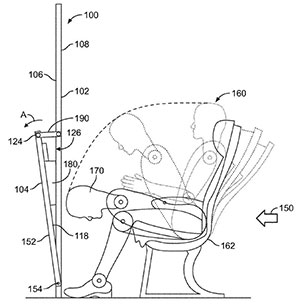 The interior cabin of an aircraft often includes certain monuments or walls of some sort positioned in front of a row of seats. The FAA requires a wall to be set apart a distance from a seat, defining a head-strike zone in certain circumstances. Cabin space is limited, and it is desirable to safely position one or more seats closer to a monument without compromising passenger safety or requiring extra safety devices.

This invention may provide improved safety aboard the aircraft; better space utilization within its internal cabin; and a lightweight, simple, cost-effective, aesthetically unobtrusive system and assembly. 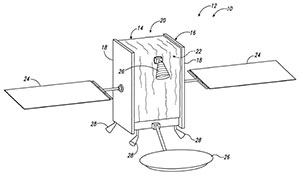 This recent Boeing patent describes a flexible, protective blanket to be attached to the body of a spacecraft. The blanket includes a number of sheets of material, at least one of which is composed of carbon nanotube material. The carbon nanotube sheets display ballistic protection and electromagnetic interference attenuation, two things that are critical functions of spacecraft shielding. 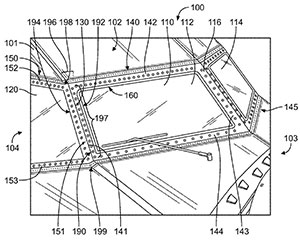 Window assemblies are used to surround or enclose the cockpit of an aircraft. Such structures, however, depending on their exact shape, can have issues related to flow separation. Flow separation creates turbulence and may increase noise, which can disturb the comfort and concentration of the pilot and flight crew. Moreover, flow separation may also increase drag, which may reduce aircraft performance. 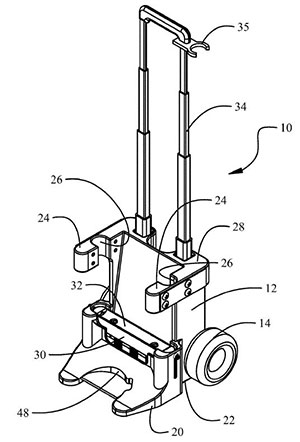 Orbital drills for modern machining are massive and so heavy that their weight may exceed allowable standard ergonomic lifting weight requirements. Nonetheless, orbital drills must be moved regularly within a factory for use or maintenance requirements.

This newly issued Boeing patent describes a tool handcart for moving an orbital drill safely and efficiently. The cart is similar to a collapsible hand truck, in that it has a body with a pair of rotatable wheels on the lower rear edge of the body and a collapsible handle that retractably extends upward from the body. A pair of arms with vertically oriented channels extends from the front of the body and is configured with vertically oriented channels that correspond to receive the side members of a drill. The cart rests with stability on a base extending from a bottom surface of the cart.

When the handle is retracted into the body of the cart to a first position, it can receive the frame of an orbital drill vertically into its arm slots. When the handle is extended to second position, the body is configured to tilt from an upright standing position to a canted position, supporting the body by the pair of wheels and able to be rolled by pulling the handle.

Not only does this cart allow for the safe transport of orbital drills, but it can also be built to allow the drill to function while inside the cart. Ergonomic tools for movement of machining equipment such as this improve safety and help employees stay in compliance with companywide, as well as industrywide, ergonomic lifting limits.