Boeing’s top inventors are spurred on by their novel ideas – and the drive to overcome setbacks.

With a fresh copy of his doctoral degree in hand, Gary Georgeson ambitiously embarked on his career at Boeing in 1988 with a team of seasoned engineers developing nondestructive evaluation (NDE) and methods.

The ever-inventive University of California at Santa Barbara graduate didn’t waste any time before trying to add value to the company.

“We submitted several invention disclosures,” he said. “They all got turned down.”

Feeling “it’s not even worth the effort,” the NDE composite specialist didn’t submit any patents for more than a decade.

One would never know it from their body of work, but patents didn’t come easy for Boeing’s top three inventors — Georgeson, Marc Matsen and Jeff Hunt. Long before the group cumulatively registered more than 460 inventions, “no” was a refrain they often heard. But those rejections couldn’t suppress the creative passion that defines all three.

Inventions and patents are more than just a scorecard for innovation. As the world’s leading exporter, Boeing relies on patents to protect its intellectual property in an ever-increasing global market.

As Georgeson struggled to get going, another early-career engineer, Matsen, was beginning to experience some success with composite inventions.

“Just because an idea isn’t patented doesn’t mean it’s not a good idea,” said Matsen, who has 122 patents on his ideas. “Many times it’s that Boeing chooses not to patent it for affordability, or it’s not strategic enough. I didn’t take it that it wasn’t a good idea.”

For Matsen, negativity was the mother of invention, always spurring him on to another idea.

Georgeson, who knew of Matsen, followed his lead and credits Matsen for changing his own attitude. “I’m glad he did, because he ended up coming up with a lot of great ideas,” Matsen said.

Hunt couldn’t wait to share his Massachusetts Institute of Technology and University of California at Berkeley educational experience when he began his condensed-matter and optical properties physicist career at Rockwell Corp. in 1988. But it wasn’t until Rockwell became part of Boeing in 1996 that Hunt applied for his first patent. He recites the issue date: “April 22, 1997, four days after my 40th birthday.”

It’s hard to draw a causal relationship from the setbacks, but the motivation to invent seems rooted in each engineer's early disappointment.

For Hunt, that breakthrough patent had him running back to an old notebook to find 30 he had never pursued. He couldn’t file them fast enough. Soon after, he scored 15 patents in one year.

As Hunt chronicles the progressing litany of his inventions, the cadence of his made-for-radio voice quickens: “From 2011 to 2012, I hit 50. I had a head of steam built up. Hit 100 last October. I have 107 now with two more that have been allowed.”

Though the others concede that Georgeson is too far out in front (and too nice a person) to ever surpass, a friendly rivalry does creep into the mix as they jockey back and forth on the leaderboard.

Hunt added that would-be inventors shouldn’t be scared off by the disclosure form. What at first took him two hours to fill out, he now “bangs out” in 20 minutes.

Perhaps the most interesting advice on inventing comes from the leader himself, Georgeson, who constantly deflects attention from himself and stresses that he’s always been a collaborative innovator.

In presentations around the globe, Georgeson begins by telling young innovators that they need to be working with a diverse team.

“People coming from diverse points of view create much better innovation,” Georgeson said. “And this is going to sound strange, but the real key to innovation is love. I tell these early-career engineers that if you love what you do and love the people that you’re doing it for and doing it with, you will find that people will trust you, they’ll want to work with you, and they’ll share ideas with you.

“Part of that love is appreciating that people are different and they come from different points of view. Some of the best work comes out of a team that is unselfish and trusts each other. And boom! Good stuff happens.” 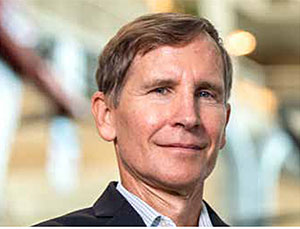 When it comes to ideas with a high cool factor, Georgeson cites a Boeing rover system that crawls around on the outer skin of an airplane to detect imperfections. Georgeson said what made it so cool was the exceptional team he worked with and that it was his 100th patent.

“We had a luncheon and our team was recognized,” said Georgeson, always giving credit to the team first. “That made it extra special for me.”

The crawling rover robot uses a floating vacuum base that hangs onto the airplane. It’s driven by holonomic wheels so it can maneuver in any direction and doesn’t have to be steered. A lightweight sensor array goes on the rover and collects data as it runs over the surface. The team also invented a local positioning system that tracks and guides it.

Georgeson said the best ideas usually come to him during quiet moments — walking in the morning or even showering. “When you’re just at that moment before all the thoughts about your day fill your head,” he said.

From there, it’s the “spitball and popcorning” at small team meetings where ideas are born and refined. 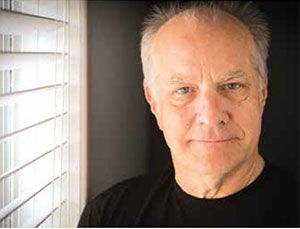 The coolest innovation for Hunt was a remote sensing system to quickly measure and characterize the shape of the 787 fuselage pieces as they were coming to the factory.

The only problem was the patent wasn’t picked up. The system was demonstrated in Washington, D.C., years ago. “It was spectacular,” he said.

Hunt had another patent — a concept for an integrated optical circuit made from silicon — that wasn’t picked up because it was difficult to manufacture.

“There had to be a way to come up with making a laser with silicon,” Hunt said. “I showed a way that if you use nanoparticles with silicon, it changed the electric band structure. Once I had that, I had everything you need to make an integrated optical circuit out of silicon and patented that concept. And that’s when they went forward.”

More recently, Hunt has moved into the quantum world, focusing on key distribution and encryption.

Hunt chuckles about when he came up with an anti-hacking patent through quantum key distribution. A website posted a headline saying something like “Boeing solves problem of internet security.”

“The patent was valid, but it was a stretch to say that,” he said. 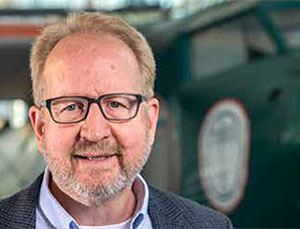 Matsen took that concept and applied it to a debulking system in Salt Lake City for the large horizontal stabilizer skin on the 787.

“For each one of these skins, there’s what is called a ‘hot debulk cycle’ that is required,” Matsen said. “The layup of the skin is done, but then you transfer the tool over to this debulk cell and this inductively heated blanket that has smart susceptors (ferromagnetic material) in it.”

When the electromagnetic energy from the induction coil interacts with the smart susceptor, it produces uniform temperatures over large areas, which is key to preparing composite airplane materials.

“It’s all intrinsically controlled by the change in properties from the magnetic to nonmagnetic,” he said.