During routine 787 Dreamliner flight tests a decade ago, pilots were startled by sudden popping sounds coming from the flight deck.

The noise, loud and sharp, was caused by movement between the flight deck window and the cab structure when the cabin pressure and outside temperature changed. With just a few weeks until the first customer delivery, the Boeing engineering team, which included Dr. Alain Adjorlolo, knew they had to understand the issue and develop a safe solution.

Some initially considered redesigning the window frame assembly to stop the slipping, but Adjorlolo had a different idea. He convinced the team to encourage the slipping motion, instead of preventing it.

Given his extensive expertise in corrosion and wear prevention — a discipline that comprehends damage, wear or deformation of material at solid interfaces — Adjorlolo understood that the slipping, although noisy, was safe. To encourage the slipping, he applied a release spray to the window frames of the static test airplane.

A series of on-the-ground simulations on the static airplane and subsequent flight tests on two airplanes proved the solution worked — the popping noise was silenced. The spray helped the team deliver a quality product to the customer and avoid an unnecessary redesign of the flight deck window or window frame. The spray is still used on all 787 airplanes.

“I strongly believe in simple solutions, and I apply that rule to everything I do,” Adjorlolo said.

Throughout his 30-year career at Boeing, he has approached the most complex issues with simplicity in mind. This philosophy was largely influenced by a series of challenges he experienced early in life.

He grew up in Grand-Lahou, a small town in West Africa’s Ivory Coast. His parents valued education and inspired Adjorlolo and his 11 siblings to attend college. From a young age, he excelled in math and science.

His father showed his children the way, transitioning from carpenter to trade school teacher and administrator, eventually serving as staff administrator in the Ministry of Technical Education and Professional Training in Abidjan, formerly the capital city.

“I give him credit for everything I’ve been able to accomplish,” Adjorlolo said. His father opened up his kids’ world through jazz and James Brown, books and stacks of magazines. Adjorlolo began reading Tout l’Univers, a weekly science and technology magazine for children, which sparked his interest in materials structures and properties.

“I learned that processing materials of all kinds was a key technology enabler for developing societies,” Adjorlolo said. “I was hooked.”

He wanted to understand why materials behaved the way they did and set his sights on studying metallurgy in college. But the subject was not an available option in his home country.

Undeterred, he pursued and landed a scholarship to study metallurgy at the University of Washington in Seattle. His father was proud of his son’s initiative but was also worried.

“My dad was primarily concerned about the gun culture and the racism in the U.S.,” Adjorlolo said. “He was quite anxious about my decision to study here.”

And his father’s fears were sometimes confirmed. Adjorlolo says he had to get used to living in a place where he was often reminded of his race.

After arriving in the United States and before heading to Seattle, his University of Washington coursework began by taking English language classes at the University of Oklahoma in Norman, Oklahoma. There were times when he was the target of racial slurs while walking to class.

“We had all followed the Civil Rights Movement at home,” he said. “In my mind, I knew there were some areas where I wouldn’t feel welcome and that I’d better be careful.”

After finishing his language classes and transferring to the University of Washington, he credits two professors for helping him make the transition from Africa to America. Dr. Tom Stoebe, an undergraduate adviser, encouraged Adjorlolo to get involved in volunteerism, technical affiliations and mentorship.

“It was clear from the beginning that Alain was a special student who would rise to great heights,” Stoebe said. “The impact of Alain’s activities have been of great social value, especially for students of color. His friendly manner and openness to others is a great gift to all who encounter him.”

Adjorlolo also forged a friendship with Dr. Gordon Orians and his wife, Betty. Like a surrogate mother, Betty helped young Adjorlolo become independent and settle into a new city. When a landlord refused to rent him his first Seattle apartment because of his skin color, she stepped in.

“The previous tenant was Black and trashed the place, so he told Betty in private that he wasn’t going to rent to ‘them’ anymore,” Adjorlolo said. “She really told him a thing or two. Betty was the wrong person to mess with regarding issues of race.”

Armed with bachelor’s and master’s degrees in metallurgical engineering and a doctorate in materials science and engineering from the University of Washington, Adjorlolo landed a job for the national petroleum company back in Ivory Coast.

Four years later, he returned to the United States to develop hands-on material science projects at the University of Washington. He fondly remembers developing laboratory experiments in fabricating materials such as nylon and metallic glasses, with students under the Engineering Coalition of Schools for Excellence in Education and Leadership program. This coalition of schools included several historically Black colleges and universities.

As a graduate student, Adjorlolo met Dr. John H. Jones, a Boeing engineer who taught materials science part time. Jones invited Adjorlolo to be his teaching assistant. As the friendship blossomed, Jones encouraged him to apply for an engineering position at Boeing. In 1991, Adjorlolo joined Jones’ team at The Boeing Company. Adjorlolo also became Jones’ mentee.

Over the next three decades at Boeing, Adjorlolo achieved international recognition and emerged as a trusted subject matter expert and consultant specializing in corrosion prevention, composite finishes, films and adhesives for airplane design and manufacturing. He holds 16 patent disclosures, including seven granted, and has several publications to his name.

He has made lasting, impactful contributions to the 787 program, including the development of a process called Corrosion Risk Assessment/Rectification Impact Assessment (CRA/RIA). These two assessments estimate the design, manufacturing and repair impacts for products. They also help airplane designers decide if aluminum alloys could be used in assembly with carbon composites.

CRA/RIA allows airline customers to potentially increase maintenance intervals for 787 airplanes from eight to 12 years. This has become a standard design evaluation tool for 787 airplane and 777X wing and composite airplane structures.

Now in the company’s Product Development organization, Adjorlolo and his team are creating a road map to improve corrosion testing and better characterize environmentally compliant finishes when used with new and advanced alloys.

When he’s not discovering novel ways to improve airplane design and manufacturing, Adjorlolo gives back by helping others further their education. He developed and taught classes to more than 1,000 Boeing engineers at multiple sites across the company, including in Russia.

He maintains a close relationship to his alma mater as a lecturer of Corrosion and Wear of Materials and Introduction to Materials Science and Engineering courses. Many of the materials sciences students he taught at the University of Washington are now Boeing engineers. Like Adjorlolo himself, two of his former students are Boeing Associate Technical Fellows, companywide technical experts. He works side by side with another, as they share a manager.

“It is actually quite exciting to see them as colleagues to share knowledge with,” he said.

Adjorlolo is especially interested in guiding young people who have been racially disenfranchised to find their passion in STEM. In cooperation with the University of Washington College of Engineering, he developed the Minority Engineering Program.

“There’s a long history of Black achievement that is unknown,” Adjorlolo said. “It’s important to bring some level of visibility about these achievements to younger generations. There are a lot of people out there who look like them, making significant contributions to society.”

As a mentor, Adjorlolo is intentional about developing meaningful, mutually beneficial relationships. “It’s a two-way street,” he said.

When mentoring engineers, he offers career advice and often shares his personal story to build trust. He encourages mentees to find areas where they can shine.

“My parents seldom explicitly told me what to do except to excel. They had so much lying around. My curiosity just took over,” he said.

When reflecting on his journey, with its many twists and turns, Adjorlolo says the biggest lesson is that there is so much we can’t control. Just like the popping of the 787 flight deck window, sometimes it’s best not to fight movement but, instead, encourage it.

“For the little things you can control, do something about it,” Adjorlolo said. “For everything else, learn to move on.”

Being Black in America: A view from Africa

There are a lot of parallels between America and colonized regions in Africa. You’re made to feel as though you can never rise to “white standards” of excellence. There is a tendency to devalue people who are not at that perceived standard.

Growing up in Africa, we have a legacy of colonization. In America, it is slavery. For instance, I am a fluent French speaker as a result of being educated in Ivory Coast, a French-speaking country. But in France, many whites assumed I went to French schools. In America, many white people would ask if the French I spoke was “real French,” as if my education were inferior.

We approach reality from different points of view, language, background and gender. To see reality and solve problems, everyone must feel valued and be heard.

-Dr. Alain Adjorlolo. Adjorlolo was recently honored with a 2021 Black Engineer of the Year Award for Outstanding Technical Contribution. 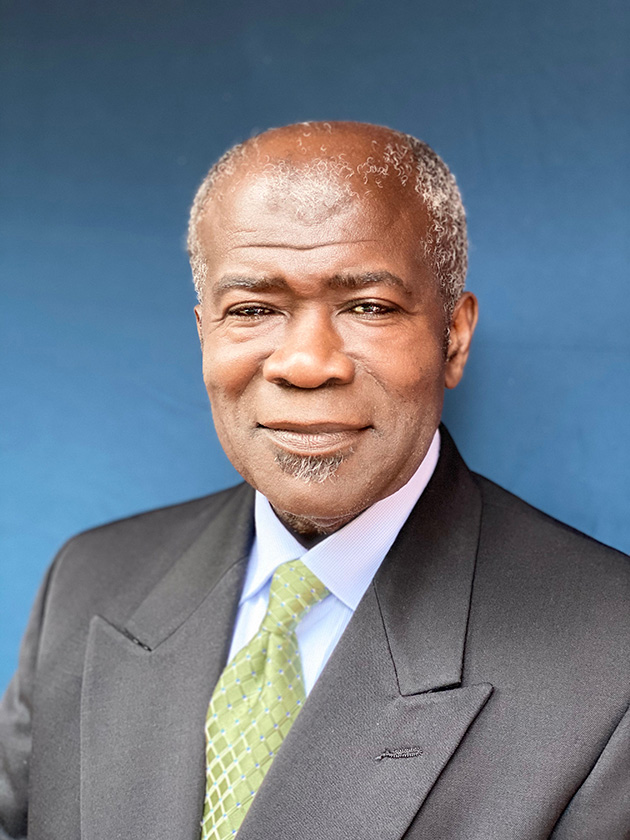 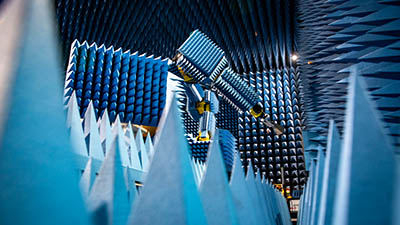