This particular morning had some broken clouds in the sky, the temperature was cooler, and you could see an orange glow to the east as the sun was rising.

By the time the two aircraft taxied by us, we knew it was something special, with the way the sunrise light was sweeping low across the runway with a beautiful glow and making everything pop with color.

The marble-blue clouds; green grass; ink black, wet runway; and the city in the deep background were going to add to this beautiful scene. Both aircraft looked amazing as they taxied by and took flight. The second aircraft just morphed into the bright morning light as it flew away.

This is when I love my craft the most, when I can capture a moment and all the attributes that make a good image come together. On a deeper level, given what our company has gone through the last year, this is a moment of hope and light and a promise that better days are ahead. 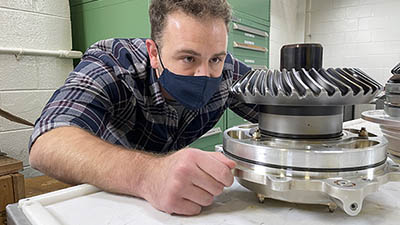