The first military aircraft to be designed and manufactured in Australia in more than 50 years flew under the supervision of a Boeing test pilot, who monitored the aircraft from a ground control station at the Woomera Range Complex.

“The Loyal Wingman’s first flight is a major step in this long-term, significant project for the Air Force and Boeing Australia, and we’re thrilled to be a part of the successful test,” said Air Vice-Marshal Cath Roberts, head of Air Force Capability. “The Loyal Wingman project is a pathfinder for the integration of autonomous systems and artificial intelligence to create smart human-machine teams.

“Through this project we are learning how to integrate these new capabilities to complement and extend air combat and other missions,” she said. 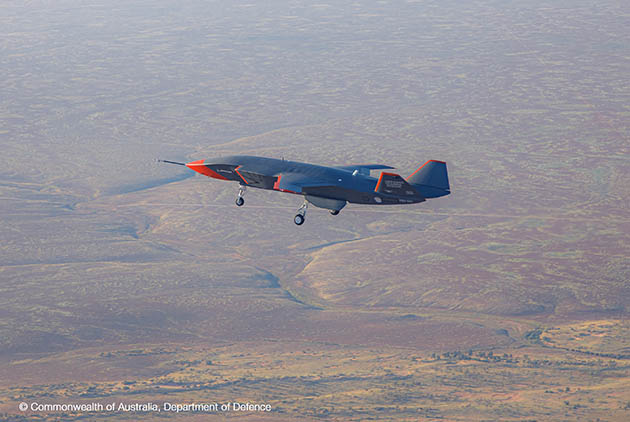 FIRST FLIGHT OF THE FUTURE: The project used a digital twin to flight-test missions and advance from design to flight in three years.

Following a series of taxi tests validating ground handling, navigation and control, and pilot interface, the aircraft completed a successful takeoff under its own power before flying a predetermined route at different speeds and altitudes to verify flight functionality and demonstrate the performance of the Airpower Teaming System design.

“Boeing and Australia are pioneering fully integrated combat operations by crewed and uncrewed aircraft,” said Boeing Defense, Space & Security President and CEO Leanne Caret. “We’re honored to be opening this part of aviation’s future with the Royal Australian Air Force, and we look forward to showing others how they also could benefit from our loyal wingman capabilities.”

With support from more than 35 Australian industry teams and by leveraging Boeing’s innovative processes, including model-based engineering techniques such as a digital twin to digitally flight-test missions, the team was able to manufacture the aircraft from design to flight in three years.

This first Loyal Wingman aircraft serves as the foundation for the Boeing Airpower Teaming System being developed for various global defense customers. The aircraft will fly alongside other platforms, using artificial intelligence to team with existing crewed and uncrewed assets to complement mission capabilities.

Additional Loyal Wingman aircraft are currently under development, with plans for teaming flights scheduled for later this year. 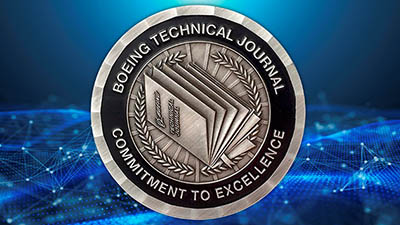