The aviation industry has made great efforts to lower aviation-related emissions such as the use of alternative fuels, improved airplane designs, new aircraft concepts and fuel-saving operational procedures. At the United Nations Climate Conference in Copenhagen in 2009, the aviation industry (airlines, manufacturers, airports and air navigation service providers) announced its commitment to a global approach to mitigating aviation greenhouse gas emissions, setting the following objectives:

This is an ambitious roadmap where the aviation industry would invest heavily and continuously on new technologies. Focus on fuel efficiency,  therefore, is not only driven by fuel prices, but also by environmental impact. Opportunities continue to exist for addressing aviation emissions through further air traffic management and operational measures, but are not realistically sufficient to push the ambitious 50 percent reduction by 2050. Therefore, the aviation industry will continue to pursue a range of opportunities in new technology, such as new aircraft design and biofuels as to meet these emission reduction targets. (see Figure 1.)

Historically, the development of aviation has always been driven by fuel efficiency (fuel burn per seat). And over the last 50 years, the fuel burn (and associated carbon emissions) per passenger kilometer has been reduced by more than 70 percent. Fuel is the most important single cost element for airline operators, and the strongly volatile oil prices of the last few decades have increased their need for more fuel-efficient aircraft. The development of new operational procedures and techniques are relevant, but limited to the current technological limitations.

One of the most important developments for the aviation industry was the introduction of aviation fuels, starting with a number of test flights in 2008 until the certification of production pathways (ASTM certified)

As of today, more than 1,600 flights have been operated using blends of biofuels and conventional kerosene. These flights have demonstrated that alternative fuels are safe and technically sound, and can reduce overall carbon footprint by average 60-80 percent over its full lifecycle, depending on the pathway and feedstock used. Aviation drop-in biofuels are blended directly with petroleum jet fuel and are expected to meet or exceed performance standards of fossil fuels with no change to airplanes, engines and fueling infrastructure. The aviation industry sees the importance of sustainable biofuels as the key long-term technology for decarbonizing aviation.

Technological breakthroughs in biological improvements, chemistry and the development of systematic approaches for the production of aviation biofuels have driven costs down, according to market estimates, from around $30 per gallon in 2009 to $3 per gallon in 2015, without direct incentives from governments.

One of the best examples of a systematic approach to the production of aviation biofuels is the initiative led by Boeing, Masdar Institute and Etihad Airways (Sustainable Bioenergy Research Consortium – SBRC – that also includes Takreer, Safran and General Electric) to produce both aviation biofuels and food using halophytes irrigated with seawater (See Figure 3).

These "super plants" could lead to a breakthrough in biofuels as seawater and sand once considered a weakness could become, in fact, the strength of the project. According to Masdar Institute, the salicornia plant (the “super plant”) is a salt-tolerant halophyte, with a unique internal mechanism that allows it to grow in seawater. Its seeds contain plant oils that can be turned into jet fuel.

The consortium has recently began construction of its integrated seawater, energy and agriculture facility at Masdar City, United Arab Emirates, the world’s first bioenergy pilot project to use desert land, irrigated by seawater, to produce both aviation biofuels and food. The 20,000 square-meter bioenergy pilot facility will include saltwater aquaculture ponds where fish and shrimp will be grown. Water from the ponds, including nutrient-rich waste produced by these fish, will be used to irrigate and fertilize salt-tolerant halophyte plants that will then be harvested and turned into aviation biofuel and other products.

Despite such efforts, the aviation industry could see its share of overall global emissions change significantly if electric road vehicles gain more widespread use. Electrical vehicles have gained steady acceptance among the public and are being supported by some government policies worldwide.

According to InsideEVs.com, total sales of EVs in the United States rose 23 percent annually in 2014. If in coming decades the sales of electric vehicles soar, considerably replacing internal combustion vehicles, the noise and emission percentage caused by road vehicles will drop significantly. In this scenario, aviation’s relative contribution to CO2 emissions and noise levels will be significantly higher.

How will the public, government, industry and academia handle this upcoming reality?

The International Energy Agency (IEA) has worked with the world Business Council for Sustainable Development (WBCSD) in its Sustainable Mobility Project (SMP) to develop a global transport model that can serve both organizations in conducting projections and policy analysis. Table 2 displays the SMP projection of CO2 emissions up to year 2050.

Considering the presented data the aviation biofuels reduction of CO2 emissions was concluded to be effective from 2020, according to IEA. For example, by 2050, if  100 percent of road vehicles are electrical ones, the relative aviation contribution would be increased by 27.3 percent if no biofuels are used (biofuels are expected to achieve an average of 60 percent of greenhouse gas reductions in the time frame considered.

The evident conclusion is that even introducing biofuels on aviation operations, the increasing demand for electrical road vehicles would lead aviation to a scaling increase of its share of transportation emissions throughout the year 2050, despite the overall emissions reduction. In other words, there is significant evidence that aviation will be increasingly on the hook throughout the years regarding the greenhouse gas emissions. This fact obviously reinforces the necessity of improvements of aircraft/engine design, alternative engines, other sources of energy to power aircraft systems, and improvements in operational efficiencies.

The aviation industry sees the importance of sustainable biofuels as the key long-term technology for decarbonizing aviation.
Boeing image 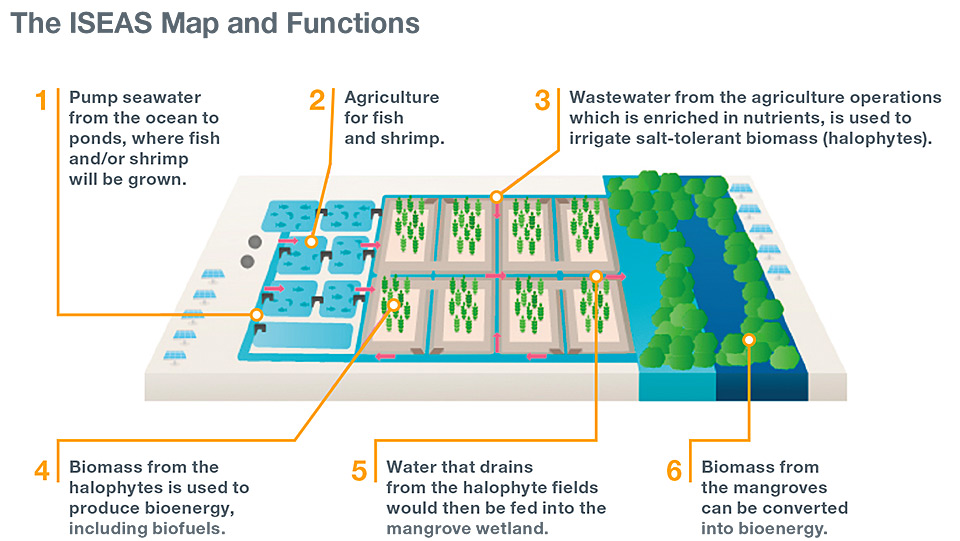 The Group on International Aviation and Climate Change (GIACC), formed at the ICAO 36th assembly, has recommended the following potential areas of development and investments to contracting states as follows: