However, these capabilities are not without cost. Longer data messaging formats, coupled with the ever-increasing number of domestic flights, has raised concerns within the FAA regarding additional radio frequency (RF) interrogations at the 1030 MHz frequency band and replies (at 1090 MHz), especially those located near international airports.

Boeing is committed to preserve safe airspace operations, and this analysis explores 1090 MHz congestion margins at various locations in the continental United States where Boeing operates, including Seattle; St. Louis; Oklahoma City; and Charleston, South Carolina. In our studies, we propose novel stochastic relative margin analysis for analyzing 1030/1090 MHz congestion, using published reports and data generated by the Massachusetts Institute of Technology’s Lincoln Laboratories in 2012 that are cited by the FAA. Our intent is to provide results that can be used to quantify requests for testing systems efficiently without causing interference with operations in U.S. national airspace, navigation facilities and airports. Table 1 summarizes the key characteristics of MIT LL data matched in our studies.

Our relative margin analysis is based on the key observation that safe operations are currently being conducted in the dense northeast corridor of the United States (i.e., near John F. Kennedy, LaGuardia and Newark airports). Therefore, for any other airport that is in a less dense area, it should be able to increase its load on the 1030/1090 MHz channel safely as long as total number of aircraft within range is less than that of the dense northeast corridor.

While it seems intuitive that 1090 MHz transmissions are lower in Oklahoma City than at JFK, it requires vigorous statistical analysis to quantify the relative margin between locations such that we can evaluate the impact of additional hypothetical test flights at each test location. The methodology, analysis and corresponding results are presented in detail in the full paper, available online. The steps of this statistical analysis on the relative margin can be summarized as the following:

We focused on the average civilian aircraft traffic within 30 NM of major airports because this corresponds to an average transponder’s detection threshold. Aircraft densities for airports of interest were plotted on histograms that showed the number of takeoffs and landings every hour each day for the entire 2014 calendar year.

A simple, statistical takeoff and landing model was developed by Monte Carlo simulation of 10,000 samples until the statistical results correlated to measured 1090 MHz transmissions in the JFK/LaGuardia/Newark corridor (as published in the 2012 MIT Lincoln Laboratories report) and the statistical model was adjusted for nominal air traffic density increases in 2014. Once this statistical model of the northeast U.S. corridor was verified, we applied similar per-aircraft transmission characteristics to other airports of interest based on publicly available flight-tracking data. Assuming we have safe national airspace operation in the JFK/LaGuardia/Newark corridor, we can compare our control JFK/LaGuardia/Newark scenario results to similarly modeled airports (such as Seattle, Charleston, St. Louis and Oklahoma City) and thereby infer relative capacity margins.

Normalizing to Seattle peak-hour aircraft densities (and consequent transponder occupancy and reception rates) to 1.0, relative transponder occupancies for other locations are shown in Table 2. The detailed per hour distributions are given in Figure 9 and Figure 10 for various locations of interest within the continental United States. The shaded area represents the variation from the data and simulation.

The sensitivity of transponder occupancy to additional flights also was modeled statistically as illustrated in Figure 11. In this scenario, 5, 10 and 20 test flights per hour are added to the baseline number of flights around the Seattle area for each hour between 7 a.m. and 7 p.m. That corresponds to 60, 120 and 240 total test flights added during a day. The effect of adding 20 more flights per hour to the Seattle corridor is still roughly less than half what is currently experienced in the JFK/LaGuardia/Newark area, as can be noted in Table 2.

It can be safely inferred that less dense air traffic corridors can safely accommodate 1090 MHz transmissions from airborne and ground testing if we can model the equivalent impact of additional flights. For example, to estimate the effect of military interrogator systems, we would identify the number of transponders “painted” in the airspace of interest (based on flight density and interrogator altitude and antenna beamwidth), and approximate an equivalency to additional commercial flights.

By judiciously managing temporal differences in flight density and interrogator directionality (e.g., away from air corridors of interest) effective and safe test objectives can be completed while maintaining the integrity of operations in the national airspace.

James Farricker was a Senior Technical Fellow and senior chief engineer for networks and communications in Boeing Defense, Space & Security.*

Sue-Lynn Yim is senior manager of the Boeing Technical Fellowship and a technical specialist in integrating avionics, communications and combat identification systems on the Airborne Warning and Control Systems (AWACS) platform. 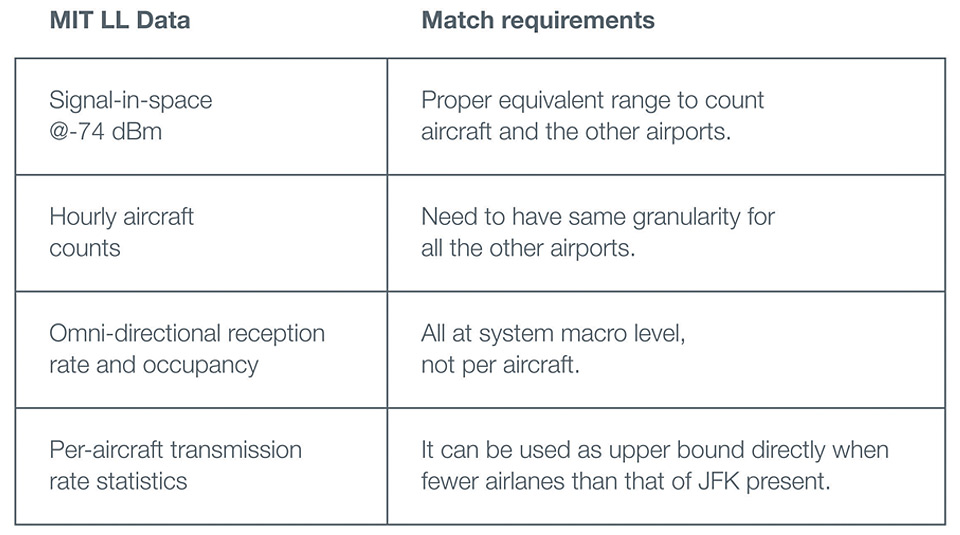 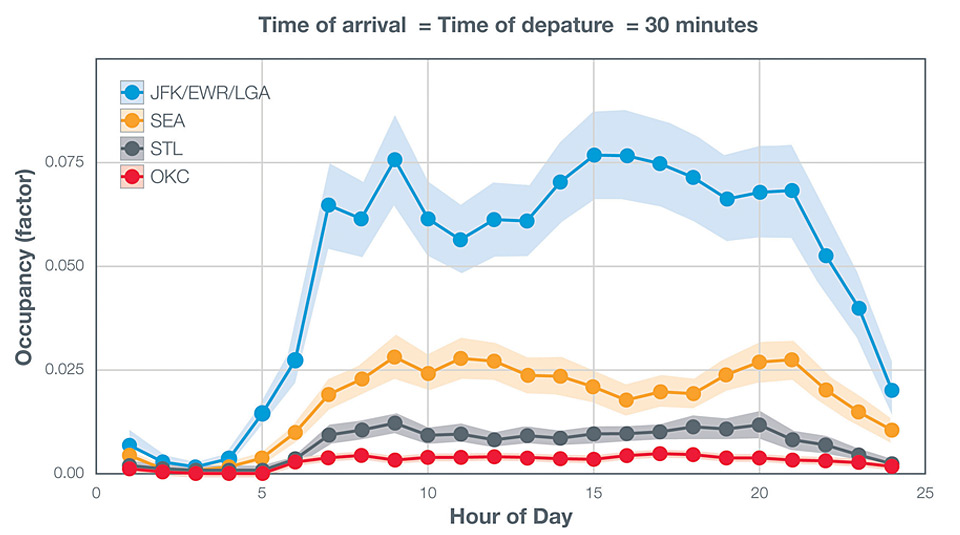 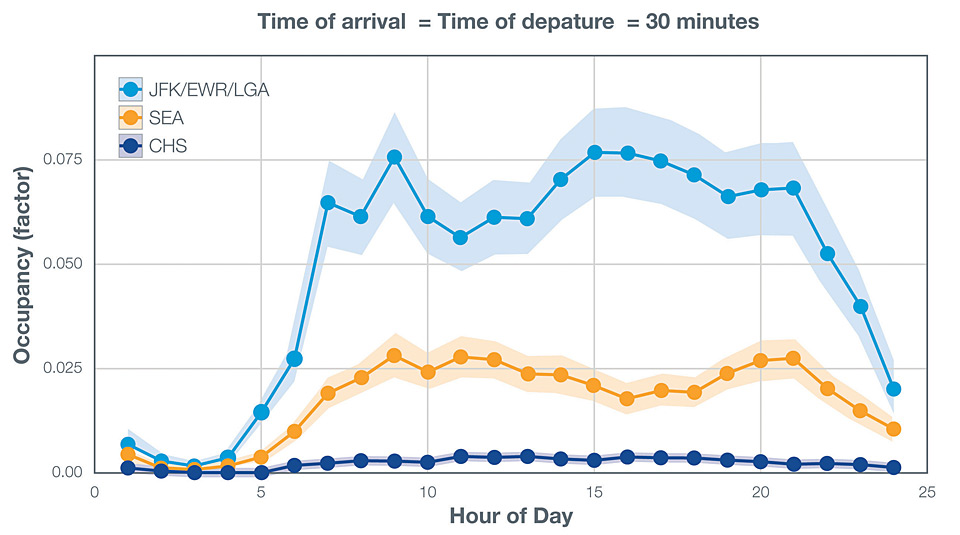 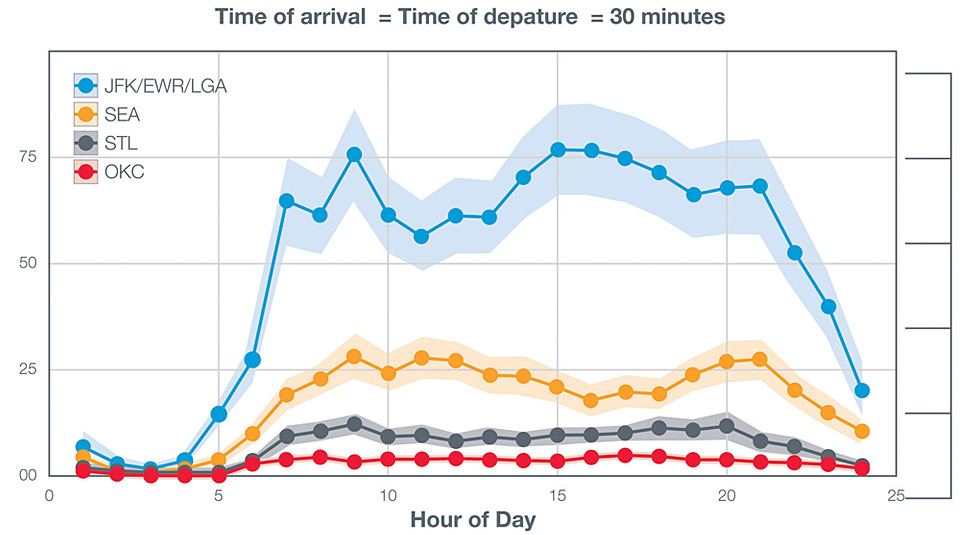 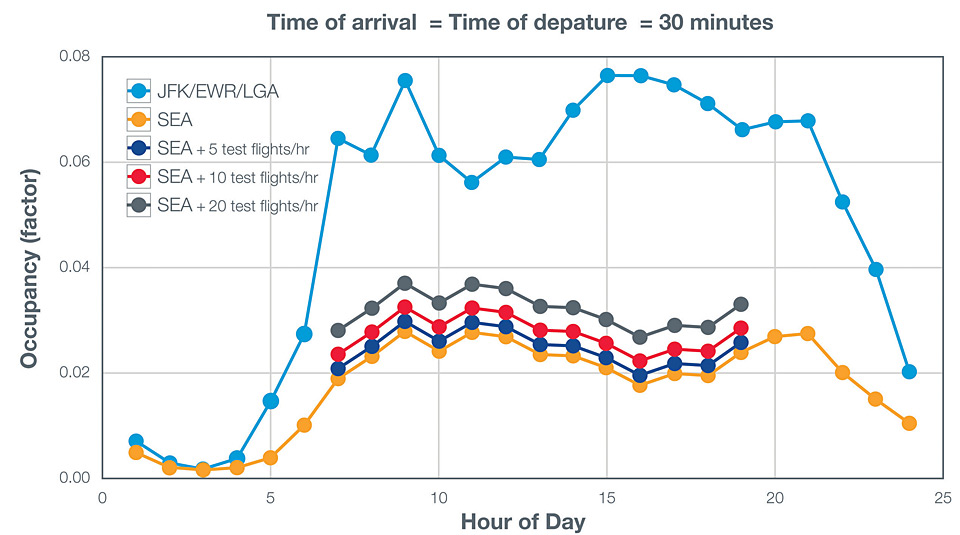