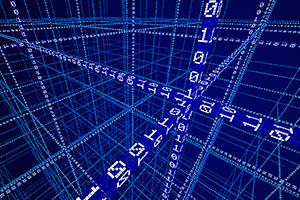 In many cases, engineers are using these technologies today within a modern graphical user interface oblivious to the underlying solution methods and algorithms at play.
Shutterstock

The convergence of the Finite Element Method, Craig-Bampton Reduction and the Lanczos Eigenvalue extraction method formed a foundation that has improved the development and performance of every modern Boeing airplane, along with a multitude of consumer products familiar to all, such as automobiles and washing machines.

This paper is a reflection on Boeing’s influence on the development and deployment of several numerical solution methods pervasive in the field of structural dynamics.

Boeing and the finite element method

Today within Boeing, the finite element method is pervasive with several thousand engineers applying this technology on a regular basis. With regard to structural analysis, it is central to loads and dynamics analysis, as well as stress analysis and testing. It turns out that it was Boeing’s need to improve flutter prediction that led to the development of the finite element method.

Jon Turner, the supervisor of the Structural Dynamics Unit at Boeing in Seattle in the 1950s, brought the modern finite element method into everyday use. According to Carlos Felippa, who writes in the “The Origins of the Finite Element Method”, Jon Turner “forcefully got Boeing to commit resources” to the Direct Stiffness finite element method while other aerospace companies were mired in the Force Method which eventually died out.

While Turner’s application for the direct stiffness finite element method was vibration calculations to facilitate flutter and dynamic analysis, Ray Clough, from the University of California at Berkley, partnering with Boeing, realized that this method could be applied to stress analysis. Many others contributed to the development and popularization of today’s modern finite element method, in particular, J.H. Argyris, O.C. Zienkiewicz and E.L. Wilson.

In 1964, NASA also recognized that the future of structural analysis was the finite element method. And in July, 1965, NASA issued an RFP for NASTRAN, which stands for NAsa STRuctural ANalysis. While Boeing did not bid on NASTRAN, the company contributed several state-of-the-art substructuring techniques. One of these was component mode reduction, a technique for reducing a finite element model of a component down to a set of boundary matrices that approximates the dynamic characteristics of the component. The reduced component is generically referred to as a substructure, but currently the term “superelement,” coined by commercial finite-element-analysis software providers, is more prevalent.

There are a litany of component mode reduction and reduced order modeling techniques, but one technique stands out for its widespread use and deployment in the popular commercial Finite Element packages (e.g. MSC Nastran, NX Nastran, ABAQUS and ANSYS). The “Craig-Bampton” (C-B) component mode reduction method is applied to a wide variety of dynamic simulations not only in aerospace, where it was conceived, but in virtually every industry where structural dynamics has a large influence on the product design and performance.

The seminal paper on the C-B method was published as “Coupling of Substructures for Dynamic Analysis” in July 1968 in the AIAA Journal by Roy Craig, of the University of Texas, and Mervyn Bampton, a Boeing structures engineer.

Within Boeing, the Craig-Bampton technique is central to the aeroelastic process, which is used for flight loads and flutter analysis. Of significant importance to the flutter community is that the C-B methodology enables rapid frequency variation studies and insertion and tailoring of assumed modes. The C-B method is also extensively applied in propulsion dynamics for windmilling, fan blade out loads and engine vibration related noise (EVRN) analyses.

The EVRN analysis is a coupled vibro-acoustic analysis where C-B reduction is performed to reduce the airframe and acoustic fluid model down to the interface with the engine. Of significance, is that this C-B superelement package can be delivered to the engine manufacturers in the form of boundary matrices and output transformation matrices (OTMs), thereby preserving all Boeing trade secrets, while enabling the engine companies to determine how different engine bearing and mount designs effect the interior cabin noise.

Another class of dynamic analysis performed in the automotive industry, and also across virtually every other industry (including aerospace) that analyzes dynamic systems, is Multi-Body Dynamic (MBD) simulation.

MBD is a numerical simulation method in which systems are composed as assemblies of rigid and/or elastic bodies. Connections between the bodies are modeled with kinematic joints or linear/nonlinear springs/bushings/dampers. If inertia (mass) is eliminated, and all bodies are rigid links with kinematic constraints, then the multibody analysis reduces down to a kinematic mechanism analysis. However, when mass is included, the analysis is inherently dynamic.

For the dynamic case with flexible bodies, the challenge is to bring the flexibility of each body into the system simulation in an accurate and efficient manner. The standard methodology used to create the “flex body” is to perform a C-B reduction where the body is reduced down to the interface degrees of freedom that connect the body to its surrounding joints.  Additional transformations may be done to put the interface matrices in a form compatible with the formulation of the MBD software system. However, the first step is typically the C-B reduction.  All the popular commercial finite element packages have the ability to generate “flex bodies” of components from finite element models of the component and the C-B method is used to create the reduced mass and stiffness matrices that are processed to generate the flexible body.

The computation of a structure’s or substructure’s natural frequencies and mode shapes is of fundamental importance to dynamicists because they use them to understand dynamic behavior and interplay of components in a dynamic system.

From a mathematical perspective, the calculation of natural frequencies and mode shapes is an eigenvalue extraction problem in which the roots (eigenvalues) and associated mode shapes (eigenvectors) are computed from the dynamic equation of motion with the assumption of harmonic motion, while neglecting damping and applying no loading.

Eigenvalue/eigenvector calculation is also a requirement of the C-B reduction method. The C-B method uses the natural frequencies and mode shapes of a component constrained at its interface to generate the dynamic portion of the reduced stiffness, mass and loads matrices. So, a robust and efficient C-B reduction requires a robust and efficient eigenvalue/eigenvector calculation.

Cornelius Lanczos, a colleague of Albert Einstein, was inspired to study and improve matrix methods and numerical eigenvalue extraction of linear systems while working at Boeing in 1946-1949. Shortly after leaving Boeing to join the National Bureau of Standards, he published the method in 1950.

The Lanczos eigenvalue extraction method is by far the most prevalent eigenvalue extraction method used today in the popular finite element programs for vibration and buckling modes. It is the bread and butter of dynamicists, whether used directly for computation of natural frequencies and mode shapes, or used indirectly with similar methods that are based upon automated component modal synthesis of very large systems.

Before the commercial availability of the Lanczos method in the mid-1980s, dynamicists spent a large amount of thought and time in determining how to reduce a model down to a size that could be efficiently solved with their finite element program and yield an accurate, albeit approximate solution. This is precisely why the C-B and other dynamic reduction techniques were created. However, the underlying weakness of all these methods was an accurate, efficient and robust eigenvalue extraction method for the reduction process.

During the 1980s and early 1990s the Boeing Computer Services math/software team was directly responsible for the first significant robust and efficient Lanczos method deployed in a commercial FEA package. In 1985, The MacNeal-Schwendler Corporation (MSC) released Nastran V65 with Boeing’s Lanczos eigensolver, and in the decade following, similar implementations were deployed in most of the other popular finite element packages.

Taking the Lanczos method from an unstable, impractical methodology to a highly practical, robust and efficient methodology was the result a many researchers and the coalescence of several key breakthroughs—block algorithms, stability correction only as needed, shifting, and integrating all of these with a smart algorithm for choosing shifts.

The work of the BCS math team cannot be overstated when it is recognized that 30-35 years after their heroic efforts, the Lanczos method is still prominent in the popular commercial FEA packages. We attribute much of the performance improvement in finite element solutions to computing hardware improvements. However, in the late 1980s, between the Lanczos and Sparse Solver methods, engineers realized order of magnitude gains in solution performance independent of any hardware improvements. These two performance improvements meant that many models that had previously required substantial substructuring and complex dynamic reduction, could now be solved directly with the Lanczos method.

The fact that after multiple decades, these technologies persist, albeit in often simpler and automated implementations, is a testament to the significance of these methods. Yet, in many cases, engineers are using these technologies today within a modern graphical user interface oblivious to the underlying solution methods and algorithms at play.