Boeing, can you ship my car? 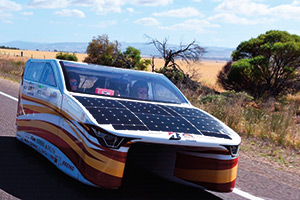 They were ready to start from Darwin in north Australia, sleep in the Outback, and end up 3,021 kilometers (1,877 miles) away in Adelaide. All the Iowa State University solar car team needed was to get to the starting line.

That’s where Boeing stepped in to help. A Boeing logistics and global services team worked with transportation services company Landstar and logistics firms Yusen and DHL Global Forwarding to get the car Down Under and back after the race.

The car, nicknamed Penumbra, competed in the adventure-class race for cars with multiple seats. It had four seats along with four doors, a cargo area and a rear windshield.

Although Penumbra just missed the six-day time limit for the race, unlike the first- and second-place finishers, which broke down multiple times each, the Iowa State team showed how reliable a solar car can be with no breakdowns.

Team PrISUm spent two years building its 408-kilogram (900-pound) car to compete in the 2017 Bridgestone World Solar Challenge last fall. As PrISUm’s 14th-generation car, Penumbra was designed to be a car a consumer might actually want.

“Our solar electric vehicle incorporates a rear window, increased passenger space, ease of access, and complete with significant storage in the rear hatch,” the team described on its race page. “PrISUm set out to build a car that one could use in their everyday life. Our vehicle displays state of the art technology with a touch screen infotainment system, integrated JBL audio, electronic paper displays, and wireless charging for your cellphone.”

Boeing’s efforts included getting the packing crate for the car from its manufacturer to Iowa State, then getting the crated car to O’Hare International Airport in Chicago for a flight to Australia, and reversing the process at the end. The team also made sure the shipments had all the needed clearances from export and customs officials in both countries.

“It just felt great to be able to support this amazing group of students who had put their hearts into building the solar car,” said J.J. Iwasaki, a senior manager of supply chain logistics.

The ISU team was thankful for the Boeing assist, which helped make Team PrISUm the only solar car program to receive its vehicle on time to test and prepare.

“Through the process, they taught us so much valuable information in such a short time,” said Dylan Neal, who led the team at the time. “The best part is we will be able to pass on that knowledge for years to come.” 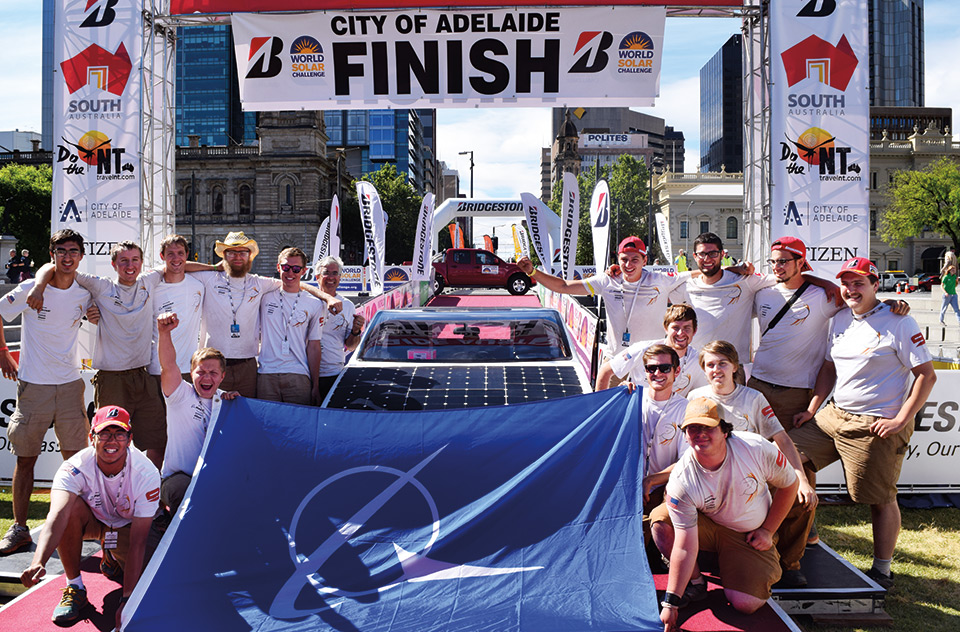