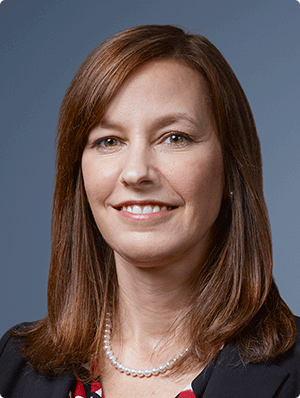 Brussels, 26 March 2019 – Boeing today announced Kim Stollar as the Managing Director, Europe & NATO Government Affairs, based in Brussels. She succeeds Brian Moran, who led the Boeing operations in Brussels for the past four years and recently moved to Chicago to take on a Communications leadership position. In this role, she will represent the company’s interests with all European institutions, most notably the European Commission, the European Parliament and with NATO, and she will work closely with Boeing’s Europe team to keep developing the company’s integrated pan-European government affairs strategy.

Kim Stollar joined The Boeing Company in 2007 and comes from the Law Department for Boeing Global Services (BGS) in Dallas, Texas, where she concurrently served as Chief Counsel for International Government Services and BGS’s supply chain distribution business, including Aviall and Boeing Distribution Services (formerly KLX). Previously, she spent four years in Tokyo, as Regional Counsel for China, Japan & Korea. She was also Senior Counsel for Environment, Health and Safety in southern California. Before joining The Boeing Company, she was Senior Counsel for the International Paper Company and also represented public and private sector clients in different law firms earlier in her career. Kim holds a J.D. degree from Case Western Reserve University School of Law.

“The interface with the regulatory and policy authorities in Europe becomes ever more crucial for how we grow the business at this important - and fast changing -  period in aerospace. Kim will build on the solid pan-European government engagement developed by Brian in the past years”, said Sir Michael Arthur, President of Boeing Europe.

Boeing has been part of the European aerospace community for decades. A European heritage and global perspective are key tenets of our active local presence, our contribution to trans-Atlantic relations, and our growing investment and operations in Europe. Today, Boeing supports nearly 190,000 highly skilled jobs in Europe, directly employing around 5,000 talented people in the region.