Helsinki, Finland – June 11, 2020 – Varjo, the leader in industrial-grade VR/XR headsets, today announced that its virtual reality headsets will be used by Boeing’s Starliner program to augment astronaut training, adding a new dimension to spaceflight preparations. The unmatched human eye-resolution and high visual fidelity of Varjo’s VR device allows Boeing to replicate each phase of a commercial crew mission to the International Space Station – including pre-launch to docking and undocking to landing – entirely in virtual reality for the first time.

"We are proud to be delivering the technology that is pushing industrial training applications to their furthest reaches – even to space," said Niko Eiden, CEO and co-founder of Varjo. "With our devices, astronauts can see and virtually interact with the switches and control panels inside their Starliner capsule and read the real-time data on their crew displays. Advancements like this have the potential to transform the way any pilot is trained."

Using Varjo’s headsets, astronauts in the program can train remotely without the need for multiple physical simulators in different locations. The Varjo VR-2 is the only device to deliver immersive content in pixel-perfect clarity, allowing crew members to experience the same interactions, voice and switch commands, and visuals as they would in the Starliner commander and pilot seats. This allows training for even the most challenging and safety-critical procedures of spaceflight, such as docking to the International Space Station, to be conducted in virtual reality. Further, the system extends the astronaut training program by enabling training through the two week-quarantine period in crew quarters before launch.

The Boeing Starliner is developed in partnership with NASA and is designed for researchers and adventurers alike. The company’s first corporate astronaut and the commander of the Starliner spacecraft, Chris Ferguson, will soon start using the Varjo VR training system regularly in preparation for the program’s Crew Flight Test, which will be the first Starliner mission with humans on board.

Varjo is based in Helsinki and is creating the world’s best hardware and software for groundbreaking VR/XR computing devices, merging the real and virtual worlds seamlessly together in human-eye resolution. www.varjo.com. 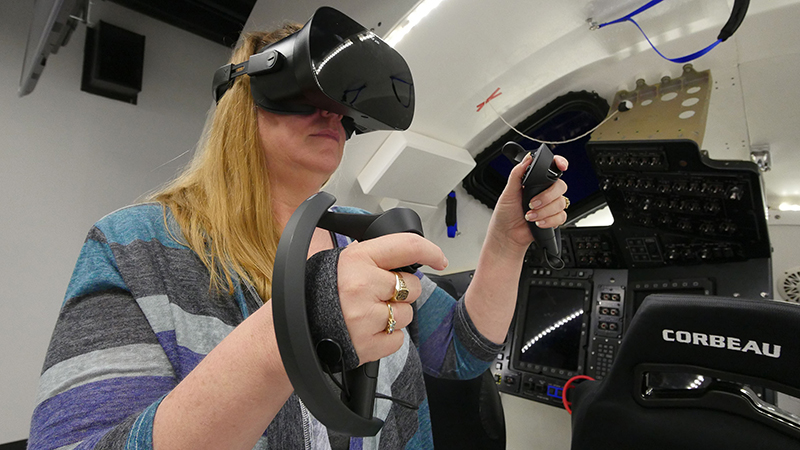