Columbia, MD/Munich, Germany – May 19, 2021 – Rohde & Schwarz was awarded a contract by Boeing to deliver R&S MR6000R multiband-capable airborne transceivers from the SOVERON software defined radio family to be installed on the Red Hawk. The T-7A Red Hawk is the new advanced pilot training system for the U.S. Air Force that will train the next generation of pilots for decades to come.

Manufactured by Boeing and its risk sharing teammate Saab, it is an all-new purpose built training system designed for the mission, giving the U.S. Air Force a flexible design that can easily adapt as technologies and training needs evolve. Boeing was awarded a $9.2 billion contract for 351 T-7A aircraft, 46 simulators and associated ground equipment to be delivered and installed, replacing Air Education and Training Command’s 57-year-old fleet of T-38C Talons.

“This cooperation is the culmination of years of unwavering teamwork by Boeing and Rohde & Schwarz,” says Michael Hostetter, Vice President, Boeing Defense & Space, Germany. “Along with updated technology and performance capabilities, the T-7A will be fitted with an enhanced radio communications suite, giving it an added benefit, preparing pilots for fifth-generation aircraft. We are looking forward to working with Rohde & Schwarz on this very important project, as well as future opportunities.”

“We are proud to work with Boeing, having committed ourselves to delivering systems that meet the training needs of the U.S. Air Force,” Frank Dunn, President and CEO, Rohde & Schwarz USA (and Canada), Inc., explains. “The airborne transceivers from the SOVERON radio family provide excellent RF characteristics suitable for applications in harsh military environments for all types of airborne platforms. As this is a software defined radio, we can adapt it for further training opportunities.” 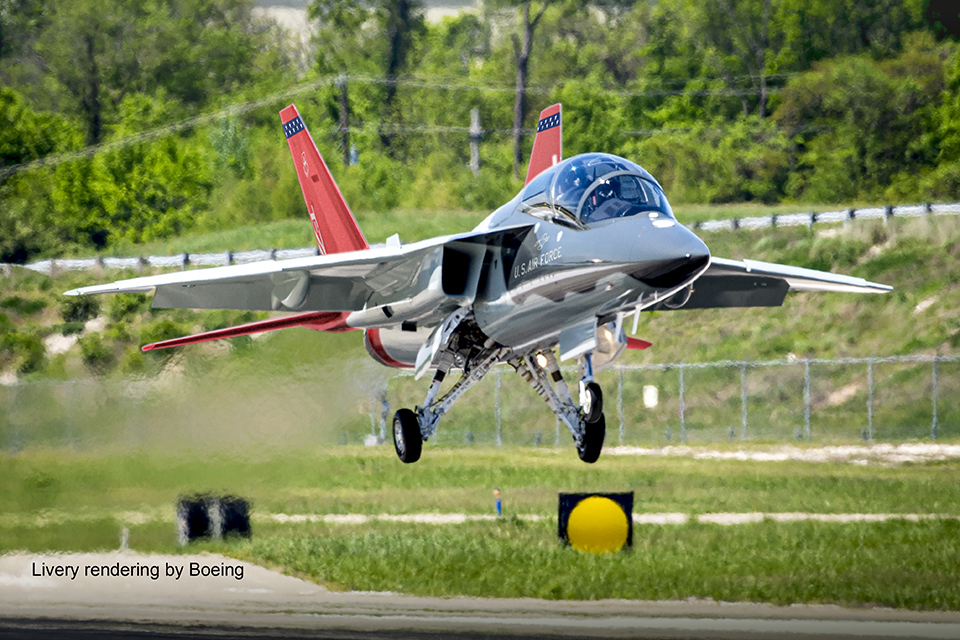