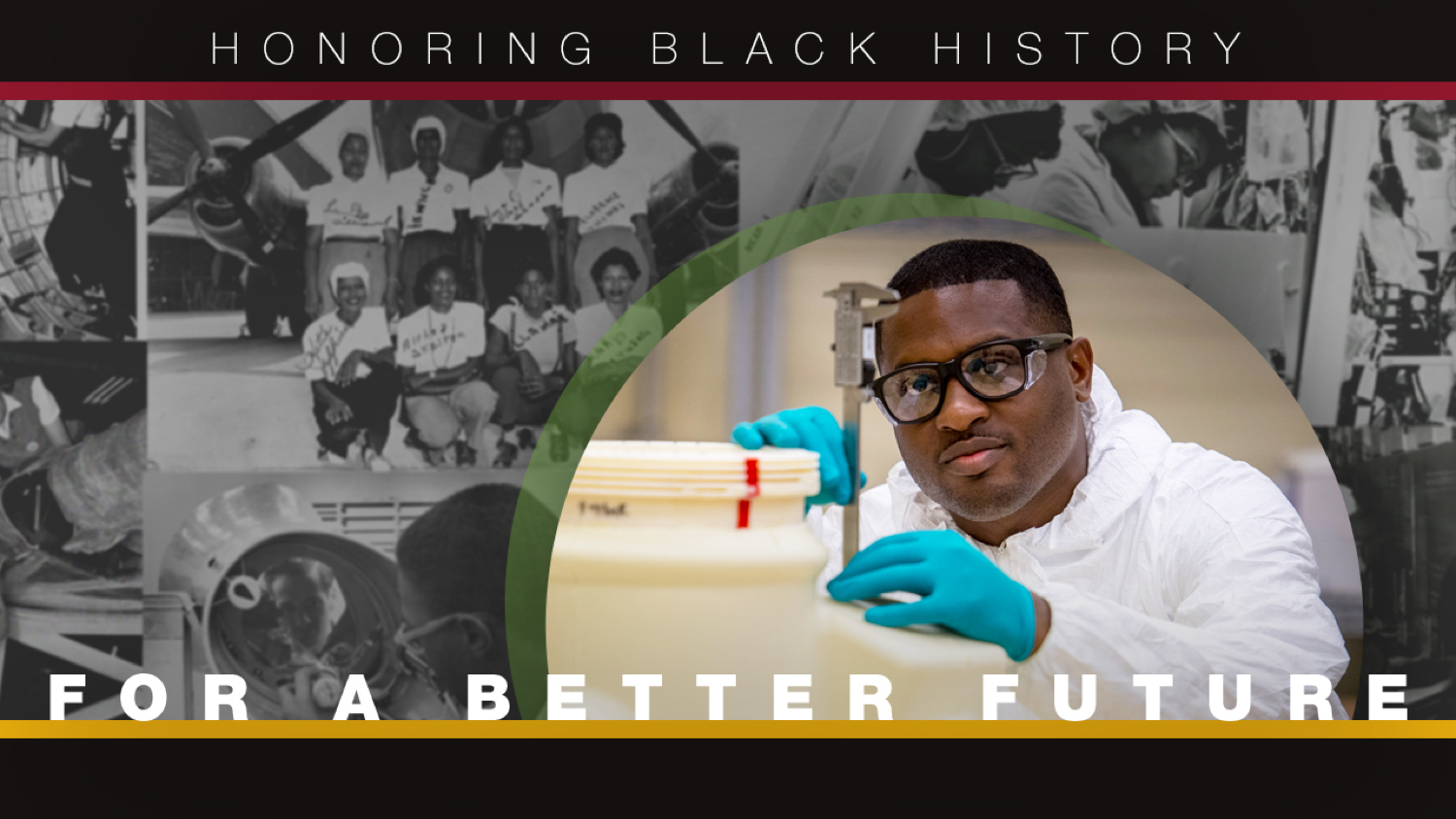 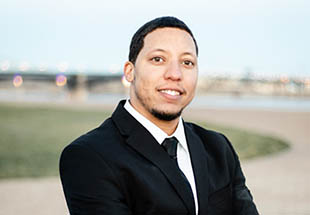 I confided in a couple of co-workers, and one told me that Boeing has Employee Assistance Program (EAP) resources. It was such a comfort to know someone was there, advocating for me and helping prepare my team to accept me as I fully am.

Once I transitioned, I felt 100% comfortable in my own skin. My production rate increased. I was already a productive employee, but if you can bring your whole self to work, you’re benefiting your employer as well as yourself.

Today, a lot of people don’t see me as transgender. I am finally who I am, and the hard part is looking in the rearview mirror. 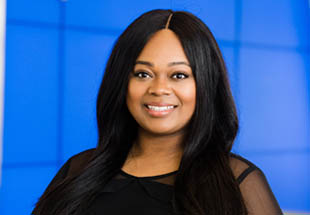 I started my career at Boeing as a young Black woman working with teams where I was the only one my age and gender who looked like me.

I was proud to lead our HBCU (historically Black colleges and universities) strategy, but it felt really heavy and important to me to get it right. I didn’t want to let our collective enterprise community down. And we knew we could be doing so much more in that space.

Within our first year, we increased recruitment by 400% and our acceptance rate by 61%. It was surreal to be at the forefront of caring for what many have been doing and building over the years.

This year, I was promoted to manager of University Recruiting, and I’m a first-time mother. It’s been a challenge. The resiliency skills I learned in college and throughout my career, including having a network, have helped me take a step back and say, this is hard. How can I strategically build relationships with the people around me? How can I give myself and others grace? 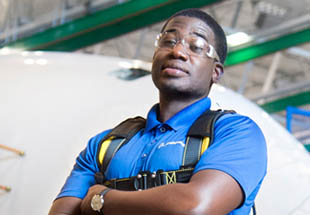 Sanding any surface can be ergonomically harmful. As a human factors engineer, I had the unique experience of investigating potential solutions — and even trying them myself.

As I mulled the problem on a flight, a simple but potentially promising concept came to mind: a sanding rotator head coupled to an extendable actuator rod. I sketched it out on that most time-honored of inventor’s tools, a napkin.

With the support and insights of Boeing painters, what started as an idea on a napkin has become an ergonomic solution that serves as the new standard for aircraft overhead sanding at Boeing.

But what’s been most rewarding to me is something another colleague said: “This is testament to the great work that can be executed by engineers working directly with the folks who do the job every day to make their work safer.” 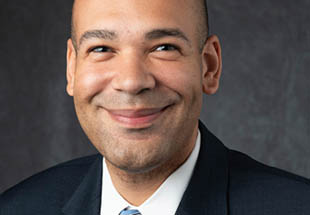 “Our racial equity efforts are not only intended to shape our Boeing culture and drive systemic change inside our company, but we also have an opportunity to impact the next generation of diverse aerospace and advanced manufacturing workers and be a model for others. Boeing has been an integral part of our country’s fabric for over 100 years. People respect us and follow our example. While the Racial Equity Task Force’s main focus is and should be on addressing issues inside our walls, there is no doubt in my mind that our work will ultimately have a multiplier effect across the country. That’s why it is so critical that we get this right.” 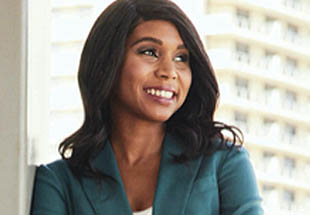 Hamilton began working for Boeing as a design engineer in Long Beach, California. “I’ve provided engineering definition for a number of projects,” she said. “I’ve worked on the fuselage, the wings and floor panels. I was part of the team that received an Engineering Excellence Award in 2016 for our work on the dagger fitting, which increased and expedited production of the 767.”

How did Hamilton end up where she is now? “I’ve always been interested in math,” said Hamilton. “I’m not great with commas and periods, but integrals have always made sense to me. My parents brainwashed me in the most positive way. My mom and dad would always say, ‘That’s my little engineer.’”

As a “wing woman” who likes to fly, Hamilton has landed at the perfect company. In terms of where she sees herself down the road, she said, “I’d like to go the leadership track. I’ve seen a lot of powerful women at The Boeing Company, and I’d like to be one of them.” 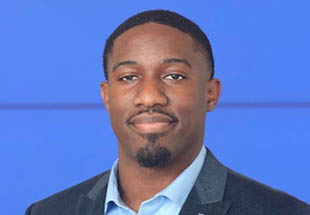 “We, The Boeing Company, are in an opportune time to truly make a monumental shift within our four walls and the communities we work in. The RETF, Racial Equity Task Force, have been diligently working together with employees at all levels as well as across the enterprise to ensure we are, first, listening and, second, amplifying their voices to ExCo, Executive Council. I’m encouraged by the efforts our company is taking to move the needle forward on standing for racial justice. I’m elated to view the unified front of employees at all levels doing their part within their teams and sites. Lastly, this continuous effort for a better, stronger Boeing tomorrow will start with each of us individually every day and actively engaging one another with the One Boeing mindset.” 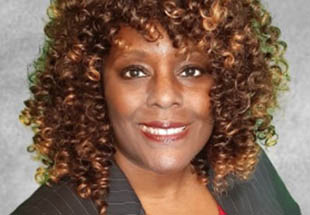 Alyce started her Boeing career in Wichita, Kansas, as a clerk in the mailroom. While working full time and raising two children, she earned three degrees and is now IT manager for Infrastructure and Operations. Her team is responsible for ensuring the effective, efficient planning and execution of IT projects and services.

Alyce is currently a mentor to other Boeing employees as well as women and youth in the Greater St. Louis community. She is also the recipient of the 2018 Women of Color Technology All Star award and the 2021 Black Engineer of the Year Award, Science Spectrum Trailblazer. 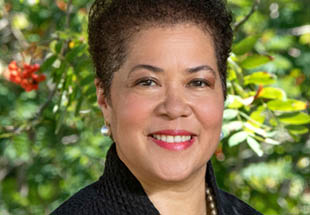 Anena is an engineering integration manager who has held numerous leadership roles across our commercial and defense businesses. Often the first or only woman and African American on her team, she is passionate about helping recruit and retain talented yet underrepresented minority engineers.

In her free time, Anena is an active volunteer, mentor to Boeing interns and new hires, promoter of STEM careers and an oil painter. She was recently featured in the book “Truth B Told,” which commemorates the largest art show by African American artists in Seattle. 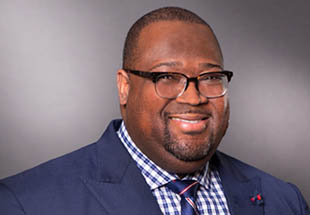 David joined Boeing in 2007 and is now director of business operations for Boeing Global Services. He grew up in a single-parent household in inner-city Baltimore. His mother continuously stressed the importance of education. In elementary school, he was drawn to science and engineering, and by age 10, he was winning engineering competitions.

He is very passionate about STEM education and increasing the number of minorities in technology fields. David is on the board of several nonprofit organizations and serves as an active corporate representative for several of Boeing’s External Technical Affiliations. 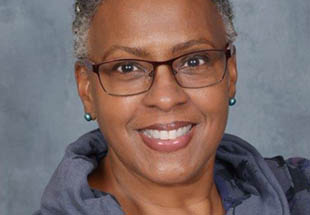 Kelley celebrated 40 years of service with Boeing and its heritage company McDonnell Douglas in 2021. While she does not have an engineering degree, her long list of accomplishments in aerospace earned her a Black Engineer of the Year Award, Science Spectrum Trailblazer. She served as lead service engineer for the McDonnell Douglas Twin Jet Airframe Structures team and was later chosen to be the lead engineer for Payloads Service Engineering. Kelley currently works in the Environmental Control Systems team, continuing to lead and share her experience by mentoring and training new teammates. 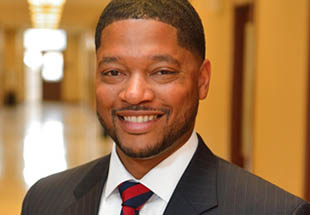 Markeeva reported for duty in the United States Navy Sept. 6, 2001. The 9/11 attacks brought heavy responsibility at an early epoch of his career, when he led multidisciplinary teams to ensure the continued readiness of the Atlantic submarine fleet. After his naval service, he transitioned to NASA’s Marshall Space Flight Center where he also served in various leadership roles. Throughout his Navy and NASA tenures, he received numerous awards, citations and commendations. Markeeva joined Boeing in 2018 and is currently the site director of Special Projects Dallas. 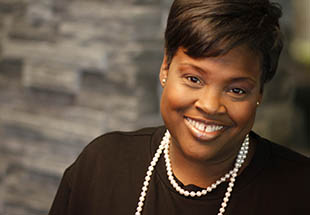 “As a member of the Racial Equity Task Force and Steering Committee, I have the honor of getting to bridge the dialogue that is happening between our teammates enterprisewide, the task force and our Executive Council champions. In my 22-year career, I’ve never experienced this kind of dedication to “getting it right,” not just for our teammates but in order to ensure that Boeing is positioned to win in an ever-changing market. Our leaders have given space for this team and conversation, not just because of a moment but because they firmly believe that inclusion is the business differentiator we need at Boeing.”