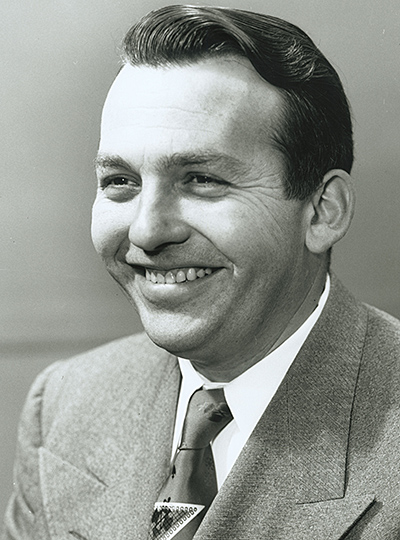 He started with the company in 1939 as an engineer in the strength group. His father wanted to make sure the younger Douglas got a solid foundation in the company, so Douglas Jr. spent his first several years in many different jobs in various departments.

In 1943, he was appointed manager of flight test, his first supervisory job. There, he supervised the flight testing of practically every type of aircraft built by Douglas during World War II, including the SDB Dauntless and C-54 Skymaster. Later, he was named director of the testing division. The post-war DC-6 and DC-7 airliners obtained type certification under his direction.

He was named vice president of the company in 1951 and elected to the board of directors in 1953. He was named president of Douglas Aircraft in 1957, a position he held at the time of the merger of McDonnell and Douglas in 1967. During this time he was responsible for the introduction of the DC-8 and DC-9 jetliners.

He served as a McDonnell Douglas senior vice president from 1967 until his retirement in 1974. In that position, he headed the Douglas Development Co., a wholly owned subsidiary formed to develop excess McDonnell Douglas real estate. In 1972 he was instrumental in the formation of a partnership with commercial developers to build Douglas Plaza, a 50-acre complex of retail and office buildings near Orange County Airport in Southern California.

After his retirement, he remained on the board of directors of McDonnell Douglas until 1989. He founded the Capistrano Bank in 1975, Biphase Energy Systems in 1976 and Douglas Energy Co. of Placentia, California.

For his contributions to aviation, he received the French Legion of Honor and the Order of Merit of the Republic of Italy.