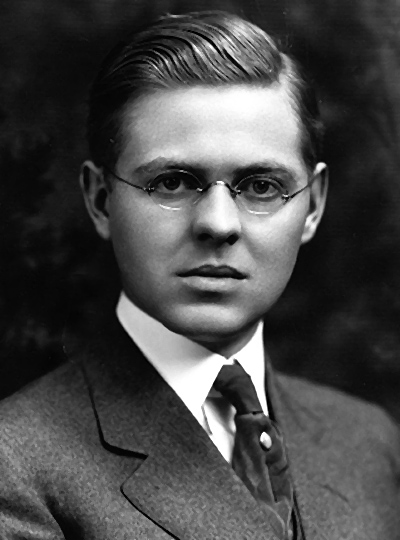 Edgar N. Gott, born in 1887, graduated with a Bachelor of Science in chemical engineering from the University of Michigan in 1909. Eight years later he was named vice president of Pacific Aero Products Co., Seattle, Wash., which became the Boeing Airplane Co. a year later. He was the first cousin of the company founder, William Boeing.

Gott was president of the company between 1922 and 1925 and led the company out of the slump following World War I. Under his guidance, the company developed its first biplane fighters and established itself as a designer and manufacturer of military aircraft.

Gott left the company in 1925, but continued his career in the aviation industry with other manufacturers. During World War II, he chaired the San Diego war transportation and war housing commissions. He died in 1947.