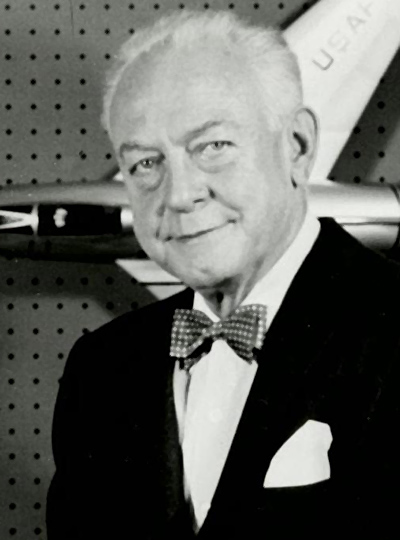 James Howard "Dutch" Kindelberger was born in Wheeling, West Virginia, on May 8, 1895, the son of steelworker Charles Frederick Kindelberger. Kindelberger started working in the steel industry with his father but, in 1916, when he was 21, went to study at the Carnegie Institute of Technology.

The United States entered World War I in 1917, and Dutch Kindelberger joined the Army to serve in the Aviation Section of the Signal Corps. He was a pilot instructor based at Park Field in Memphis, Tennessee.

After the war, Kindelberger looked for work in aviation. In 1919, he married Thelma Knarr and, in 1920, became chief draftsman and assistant chief engineer with the Glenn L. Martin Aircraft Co. in Cleveland. Five years later, he joined Douglas Aircraft in California as chief engineer. Kindelberger remained with Douglas for nine years, leading development of the DC-1 and the DC-2.

In 1934, Kindelberger became president and general manager of General Aviation, later renamed North American Aviation Inc., and served as general manager until 1948, when he became chairman and CEO. Under his guidance, North American Aviation broke technological barriers; produced propeller- and jet-powered fighters and bombers, military trainers, rocket engines and rocket-powered aircraft; and began its role as the prime contractor for the country's space program.

Kindelberger retired in 1960 as CEO at the age of 65 and was succeeded by Lee Atwood. Kindelberger remained chairman of the board until his death two years later.