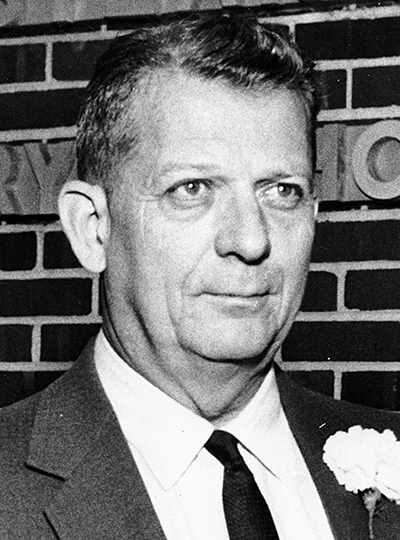 Lloyd Carlton Stearman was born in Wellsford, Kansas, on Oct. 26, 1898, the son of Fred and Icie May (Grimm) Stearman, who came to Kansas from the Chicago area. According to the Wichita Eagle-Beacon, Lloyd Stearman had a quiet nature; loved classical music and played violin; and was conservative, practical and an "aircraft designer extraordinary."

He attended schools in Harper, Kansas, prior to enrolling at Kansas State Agricultural College, Manhattan, to study architecture. He left college at the onset of World War I to join the U.S. Navy Reserve Flying Corps, and went to the University of Washington in Seattle and to San Diego for preliminary flight training. There he developed his love of flying.

After the war ended in November 1918, Stearman moved back to Wichita, where he found a job doing cubical structure design work for the S.S. Voigt architectural company. By 1920, he had become a mechanic at the newly formed E.M. Laird Airplane Co., building the "Swallow" biplane. In 1924, Laird reorganized the company to form the Swallow Airplane Manufacturing Co., with Stearman as chief engineer and Walter Beech as test pilot and salesman. Stearman and Beech worked on the prototype for a new airplane with a welded tubular steel fuselage, but it was not approved.

As a result, in 1925, Walter Beech, Lloyd Stearman and Clyde Vernon Cessna, an aeronautical engineer, formed the Travel Air Manufacturing Co. in Wichita, and the Travel Air commercial biplane first flew the same year. In October 1926, Stearman moved to Venice, California, where he did some stunt flying and met Fred Hoyt and Mac Short, also Kansas fliers. The trio formed Stearman Aircraft Inc. to build planes for the movie industry.

They built the first "Stearman" C-1 and the C-2. However, business was slow. A former investor, Walter Innes, convinced Stearman to take his company back to Kansas, helped by friends in Wichita who raised $60,000 to facilitate the move.

The renamed Stearman Aircraft Co. in Wichita started out 1927 equipped only with two lathes (9 and 16 inches), a 20-inch drill press, five small bench drills, an 8-inch shear, a 4-inch roll and a beader. Nonetheless, it built the successful C-3, designed for both mail and passenger services. It was used by Charles A. Lindberg to survey the route for Transcontinental and Western Airways, and 136 were built. In 1931, the well-known Los Angeles flier, Ross Hadley, took the Model C-3B on a trip around the world.

The C-3 was followed by the M-2 Speedmail in 1929, built for Varney Air Lines. Stearman's first military aircraft, the Model 6 Cloudboy, sold to the U.S. Army Air Corps under the designation of YPT-9.

Lloyd Stearman continued as president of the Stearman division until 1930 and then resigned from the board in 1931.

In 1934, post-Depression legislation separated the Boeing Airplane Co. and its Stearman division from the United Aircraft and Transportation Corp. However, Boeing engineers used Lloyd Stearman's drawings for the Cloudboy as the basis for the Model 70 trainer and the legendary World War II Stearman Kaydet trainer.

In 1932, Stearman joined a group in California who purchased the then-bankrupt Lockheed Aircraft Co. He left Lockheed in 1935 to work for several other companies, but he returned in 1955 to work on vertical takeoff aircraft and space vehicle projects through 1968. Then he started a new Stearman Co. in Los Angeles and continued to design aircraft and spacecraft until his death in 1975.