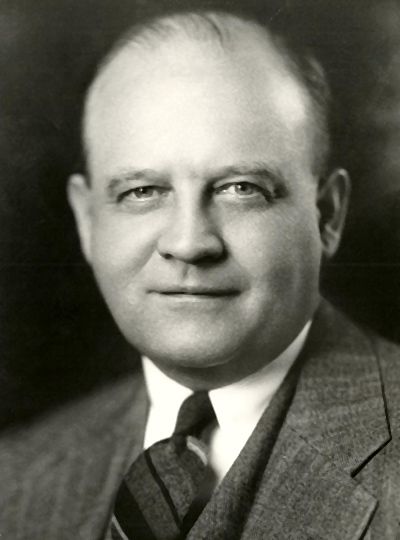 Philip G. Johnson joined the Boeing Airplane Co. in 1917 after graduating from the University of Washington School of Engineering. Within three years he was head of plant operations. The following year he became company vice president, and in 1926, when he was only 31 years old, he was named president of the company.

With the merger of all the Boeing holdings, Johnson went on to run United Air Lines and later the Boeing conglomerate, as president of United Aircraft and Transport Co.

Johnson left the company in 1933 to go to Canada to help establish Trans Canada Airlines, but returned in 1939 as president to apply his production genius to the Boeing Airplane Co.'s massive wartime efforts. When he died suddenly of a stroke on Sept. 14, 1944, while overseeing operations at the Boeing plant in Wichita, Kan., he was mourned by factory workers, generals and presidents.