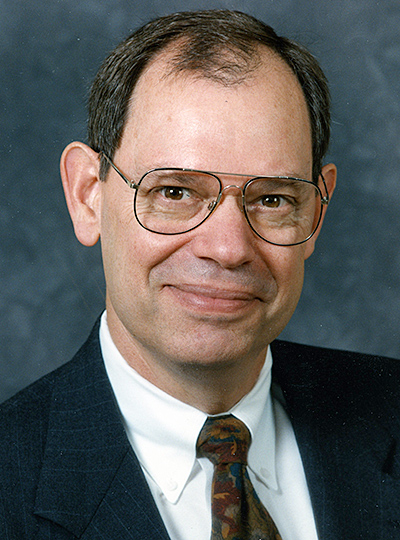 Elected president and member of the board of directors of Boeing in 1992, Phil Condit added the title of chief executive officer in 1996. In 1997, he was elected chairman. He was the seventh chairman since the company was founded in 1916.

Condit resigned from his position as chairman and chief executive officer of The Boeing Company on Dec. 1, 2003. He retired from the company in March 2004.

Under Condit's leadership, several mergers and acquisitions transformed the company into a broad-based, global enterprise. The acquisition of Rockwell Aerospace, the merger with McDonnell Douglas and the addition of Hughes Space & Communications established a company with great strength and breadth.

Condit's career spanned more than 35 years of service to Boeing in almost 20 assignments. Condit joined Boeing in 1965 as an aerodynamics engineer on the Supersonic Transport (SST) program. He was promoted to lead engineer for the Boeing 747 high-speed configuration airplane in 1968 and was named the 747 performance lead engineer in 1971. Within a year, he advanced to manager of the quiet short-haul system development program, and then became manager of 727 marketing in 1973. He entered the Sloan Fellowship program at the Massachusetts Institute of Technology in 1974. Upon completion of his year of study at MIT, he returned to Boeing as manager of new program planning in 1975. A year later, he became director of program management for the 707/727/737 Division. He was named 757 chief project engineer in 1978, and director of 757 engineering in 1981.

Condit is the author of several published papers on commercial aircraft technology and holds a patent, awarded in 1965, for the design of a flexible wing called the sailwing. He also led the team that launched the wide-body Boeing 777 airplane, and he pioneered management concepts that integrated design/build teams of customers, suppliers and employees to design and produce the 21st-century jet. The 777 "Working Together" team has received numerous aeronautical awards, including the prestigious Collier Award.

He received a bachelor's degree in mechanical engineering from the University of California at Berkeley in 1963; a master's degree in aeronautical engineering from Princeton University in 1965; a master's degree in management from Massachusetts Institute of Technology in 1975; and, in 1997, a doctorate in engineering from Science University of Tokyo, where he was the first Westerner to earn such a degree. A proponent of lifelong learning, he often met with students and teachers, and introduced a unique program to encourage and reward Boeing people who pursue learning throughout their careers. Condit was the co-chair of Achieve, a nonprofit organization that helps states raise academic standards. In recognition of his commitment to education, the United Negro College Fund awarded him the prestigious Frederick D. Patterson Award in 1999.

Condit served on the board of Hewlett-Packard Company, is co-chairman of the Trans Atlantic Business Council, and was chairman of the Business Roundtable. Elected a member of the National Academy of Engineering in 1985, he is also an honorary fellow of the Royal Aeronautical Society and an honorary fellow of the American Institute of Aeronautics and Astronautics. He belongs to the Society of Automotive Engineers and has chaired the NASA Advisory Council's Aeronautics Advisory Committee. A Distinguished Eagle Scout Award winner, Condit is past president of the Chief Seattle Council of the Boy Scouts of America and now serves on the national board. In 1999, he received the Aerospace Industry Distinguished Good Scout Award from The Boy Scouts of America, Los Angeles Area Council. He was recognized with the award for his volunteer efforts in the community and in scouting programs. Since 1997, he has been a member of the board for Seattle's A Contemporary Theater (ACT) and currently serves as chairman.

He has won numerous awards for engineering and management achievements, including the Japan America Society's 1997 Kokusai Shimin Sho, or International Citizens Award, for global leadership in the private sector; the Financial World Chief Executive Officer of the Year award for 1997; the 1997 Ronald H. Brown Standards Leadership Award for advancing international standards; the 1998 Peter F. Drucker Strategic Leadership Award; the 1998 University of California, Berkeley, Distinguished Engineering Alumnus Award; in June 1999, the Distinguished Eagle Award from the Air Command and Staff College; and the 1999 International von Karman Wings Award from The Aerospace Historical Society.

A native of Berkeley, Calif., Condit was born on Aug. 2, 1941. He has been an aviation enthusiast his entire life and earned a pilot's license at the age of 18.