Executive Biography of Thornton A. Wilson 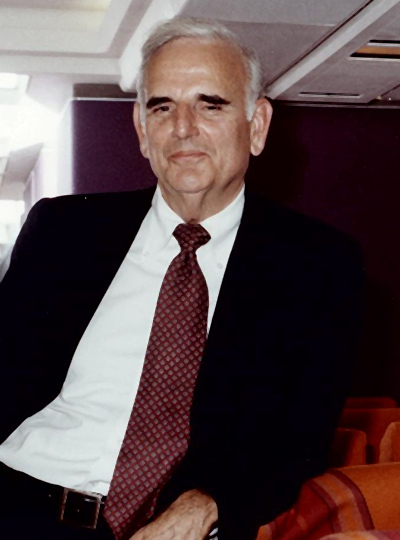 Thornton "T" Arnold Wilson was born in Sikeston, Mo., on Feb. 8, 1921, and came to work for Boeing in 1943, the year he graduated from Iowa State University with a degree in aeronautical engineering. He joined the team of engineers designing the radically new B-47 swept-wing bomber and went on to become project engineer for the B-52 heavy bomber.

Wilson headed the Minuteman intercontinental ballistic missile program. He became company president in 1968 and chief executive officer a year later. As CEO, he was responsible for developing and producing the 757 and 767 jetliners, helped consolidate the company's business base and led Boeing toward preeminence in the global marketplace.