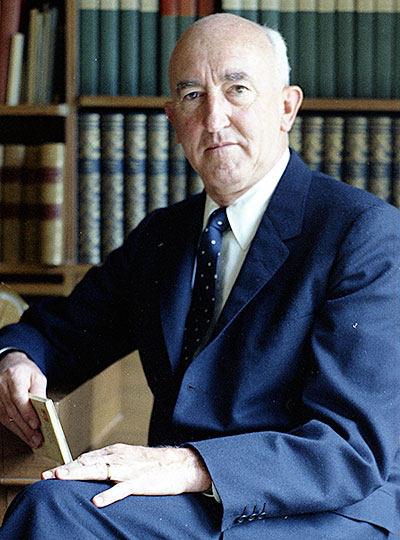 William M. Allen was born in Lolo, Mont., and graduated from Harvard Law School. During the 1920s, he joined the law firm providing attorneys for the Boeing Airplane Co. and became a member of the company's board of directors.

He served as company president from Sept. 1, 1945, to April 29, 1968, taking the helm when the end of World War II brought production to a standstill. Allen guided Boeing back to success, from the era of propeller-driven aircraft into the age of jets, intercontinental missiles and spacecraft.

He was responsible for the introduction of the jet transport and oversaw the beginning of the 747 program. Allen was an innovator who encouraged diversification, and he helped create The Boeing Company's place in the U.S. space program. He became chairman in 1968 and chairman emeritus in 1973. In 1978, the board named Allen honorary chairman. He died in October 1985.