The Boeing short-range attack missile (SRAM) was first deployed as a strategic weapon to be carried by FB-111A and B-52 crewed bombers. The AGM-69 is also part of the B-1B armament.

The missiles are small, so many can be carried by each bomber, and can fly at subsonic or supersonic speeds. The SRAM guidance system allows for individually programmed flights, and the missiles can change direction after they have been launched.

By the time the last of 1,500 SRAMs rolled out of assembly in 1975, they were a key element in the U.S. Strategic Air Command's weapon inventory. 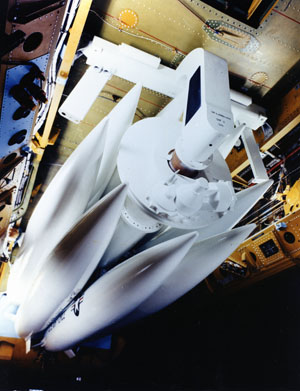