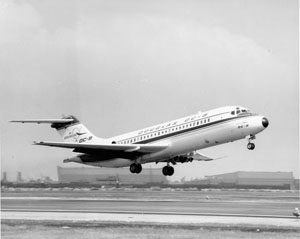 The C-9A Nightingale was used by the U.S. Air Force to transport sick and injured military personnel. The U.S. Navy and Marine Corps flew C-9B Skytrain IIs. Three VC-9Cs configured as VIP transports were delivered to the Air Force by the end of 1976.

In 1996, more than 880 DC-9s were still flying. However, on Jan. 6, 2014, Delta Airlines officially retired its remaining DC-9 following flight 2014 departing Minneapolis/St. Paul for Atlanta. The airline said it was the last scheduled commercial flight of the DC-9 by a major U.S. airline.