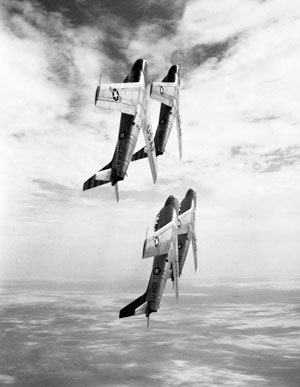 U.S. production of the Sabre Jet ended in December 1956.