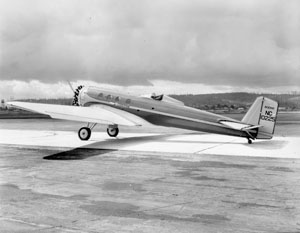 In 1930, Boeing created the revolutionary Monomail, which made traditional biplane construction a design of the past. The Monomail wing was set lower, was smooth, was made entirely of metal and had no struts (cantilevered construction). The retractable landing gear, the streamlined fuselage and the engine covered by an antidrag cowling added up to an advanced, extremely aerodynamic design.

The Monomail Model 200 was a mail plane, and the Model 221 was a six-passenger transport. Both were later revised for transcontinental passenger service as Model 221As.