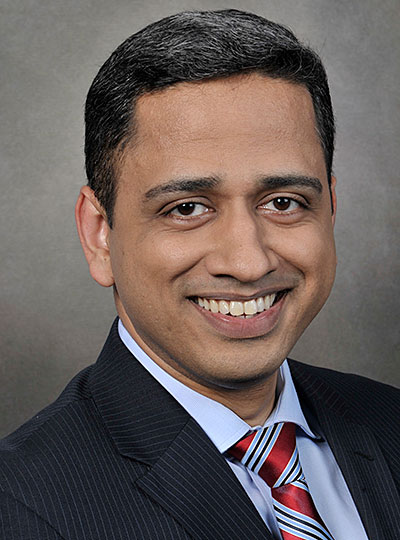 Vishwa Uddanwadiker is the chief information officer (CIO) and senior vice president ofInformation Technology & Data Analytics (interim) at The Boeing Company. In this role, he oversees all aspects of information technology, information security, data and analytics for the world’s largest aerospace company. He also supports the growth of Boeing's business through IT- and analytics-related revenue generating programs.

Previously, Vishwa was vice president of Information Technology (IT) Business Partners for Boeing Commercial Airplanes (BCA). In this role, he partnered with the BCA leadership team to implement the business unit’s Digital Transformation strategy. He also previously served as the Boeing IT director for Manufacturing & Quality Systems, which included manufacturing execution systems, factory automation systems and quality systems. Prior to that role, as director of IT International, Uddanwadiker was responsible for implementing the IT International strategy and ensuring operational excellence at all international Boeing sites and programs. His team worked with Boeing IT international suppliers and partners to drive business value and identify opportunities where IT can contribute to the company’s international growth. He also was the IT International Regional Leader for India, a role created in 2008 to define an IT strategy for India, drive its execution and contribute to the company’s India business strategy through IT initiatives.

Before joining Boeing, Uddanwadiker worked at Honeywell India where he held numerous leadership roles within the IT application development and support business unit and led large teams working on complex integration projects. Prior to Honeywell, he worked as an IT consultant with Cambridge Technology Partners (subsequently acquired by Novell) and worked on web enablement of traditional businesses.

Uddanwadiker is the Information Technology & Data Analytics (interim) executive champion for the Boeing relationship with the University of Washington. Since 2014, he has served on the advisory board of the Master of Science in Information Systems program at the Foster School of Business at the University of Washington. He holds an engineering degree with honors in computer science from Birla Institute of Technology and Science in Pilani, India, and a Master of Business Administration from the Indian Institute of Management in Ahmedabad, India.