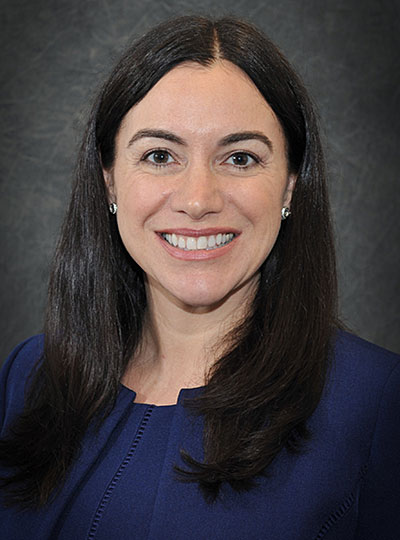 Ruth Vetter is director of Ethics and Business Conduct (EBC) supporting Government Operations and Boeing International. Named to her position in September 2018, Vetter is responsible for leading a global team that ensures effective deployment of ethics controls and initiatives to promote a compliant and ethical work culture. She reports to the vice president of EBC and also serves on the Government Operations and Boeing International leadership teams.

Vetter joined The Boeing Company after nearly 19 years with the U.S. Department of Defense (DoD). Most recently, she was the director of the DoD Standards of Conduct Office. In this role, she was a member of the senior executive service and was responsible for advising the secretary of defense and other senior DoD officials on a range of ethics-related matters, training DoD’s military and civilian ethics counselors and setting DoD-wide ethics policy. In her previous roles, Vetter served as a deputy designated agency ethics official for the White House and as counsel for the Administrative and International Law Division with the Defense Logistics Agency Office of General Counsel.

Vetter started her career as an officer in the U.S. Army, serving in a wide range of assignments across the globe. During her time with DoD, she received numerous military and civilian decorations, including the Bronze Star Medal and the Secretary of Defense Medal for Distinguished Civilian Service.

She received a B.A. in political science from Taylor University and her J.D. from Indiana University School of Law–Indianapolis.