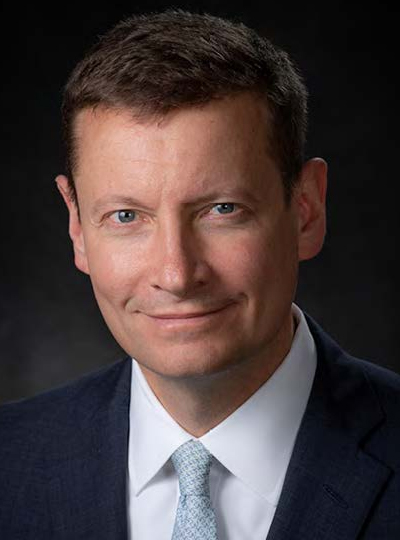 Previously, Gerry served for three years as president of Boeing Japan, based in Tokyo. He was responsible for the development and implementation of the Boeing strategy in Japan, expanding the company’s local presence, identifying new business and partnership opportunities, and leading government affairs and corporate citizenship programs.

Since joining the company in 2008, Gerry has served in senior positions in the Law Department, including as vice president and general counsel for Boeing Commercial Airplanes and as chief counsel to Boeing’s Network and Space Systems business.

Gerry came to Boeing following several senior positions in the U.S. Department of Justice and the White House. His service at the Department of Justice included roles as chief of staff to U.S. Attorney General Michael Mukasey; acting assistant attorney general supervising the department’s Office of Legal Policy; and member of the leadership team that launched the department’s National Security Division, where he served as deputy assistant attorney general.

Before that, Gerry was an associate counsel to the president of the United States, in which capacity he worked on national security and intelligence matters. He also worked in private practice at Boston-based Goodwin Procter LLP and was a law clerk at both the U.S. Court of Appeals for the District of Columbia Circuit and the U.S. Supreme Court.

Gerry currently serves as a member of the board of trustees at the Museum of Flight in Seattle, as a member of the industry advisory board for the University of Washington Law School’s Global Business Law initiative, and as the Executive Council sponsor for the Boeing Asian and Pacific Association Business Resource Group. He has served previously on the board of directors of the Seattle Shakespeare Company as well as the Alliance for Education in Seattle and, in connection with his responsibilities in Japan, on the board of governors of the American Chamber of Commerce in Japan and as co-chair of the U.S.-Japan Business Council Committee on Travel and Tourism.