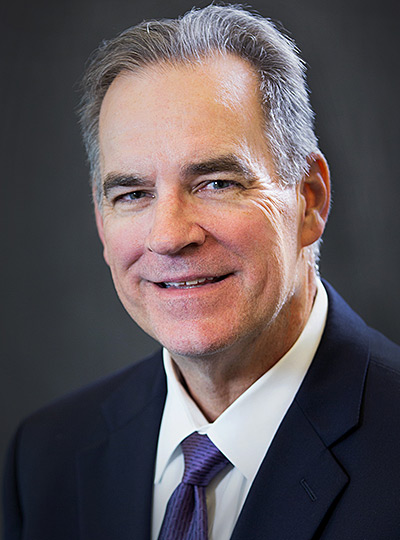 Mike Delaney leads Boeing’s enterprise “Confident Travel Initiative” to help the aviation industry safely resume global air travel amid the Covid-19 pandemic. This work includes bringing together Boeing’s vast resources to support customer airlines, test and implement new technologies, and partner with industry associations to amplify work that will keep passengers safe. Delaney draws on his more than 30-year career at Boeing, in which he has led Airplane Development and Engineering for Commercial Airplanes, to guide Boeing’s efforts.

Delaney is also the vice president of Digital Transformation – a position he was named to in September 2017. In that role, he leads the focus on enabling a digital thread across Commercial Airplanes’ development and production programs to drive a connected flow of engineering data through the production system and across the in-service fleet of Boeing airplanes. Additionally, Delaney provides cross-functional business architecture leadership to improve data capture and data analytics insights that support “digital smart factory” workflow simplification and realignment as well as machine learning optimization to improve cost of quality and rework.

Previously, Delaney was vice president and general manager of Airplane Development. In that role, he was responsible for all commercial airplane development programs. He led the design, development, integration, testing and certification of the next generation of various airplane models. Delaney also oversaw all aspects of product development, including the engineering team responsible for formulating the preliminary design of new and derivative airplanes and systems, improving environmental performance and developing advanced technology.

From February 2010 through March 2016, Delaney served as the vice president of Engineering for Commercial Airplanes where he was responsible for product development, design, delegated compliance, certification and safety activities for all commercial airplane models, their derivatives and post-delivery upgrades.

Prior to his Engineering leadership role, Delaney was vice president and chief project engineer for the 787 program from February 2008 until January 2010, leading the readiness effort for first airplane delivery, technical configuration, product integrity and safety.

Delaney began his business career as an aerodynamics engineer at Grumman Aerospace. In 1988, he joined McDonnell Douglas. In 1997, he became senior manager of Flight Test Engineering. That same year, Delaney became director of the 717 Program Airplane Test and Validation, Flight and Lab Test/Flight Operations and the 717 deputy chief project engineer.

Delaney earned a bachelor’s degree in aerospace engineering from Hofstra University in 1985 and a Master of Business Administration from the Toulouse Business School in 2001. Delaney was named an Associate Fellow of the American Institute of Aeronautics and Astronautics (AIAA) in 2011 and named a Fellow of the AIAA in 2013. He is also a member of the Aeronautics and Space Engineering Board.