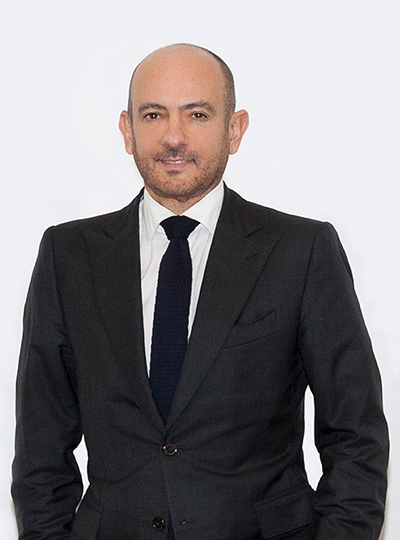 He was appointed Boeing International lead for Italy in 2014 and expanded his responsibility as managing director of the newly created Southern Europe region (Italy, Spain, Portugal and Greece) in March 2016. He reports to Sir Martin Donnelly, president of Boeing Europe.

Prior to his current assignment, De Palmas led European and NATO relations, working with all European institutions and representing Boeing interests in the European Union (EU) and at NATO. He originally joined Boeing in 2003 as director of Communications in Italy. He was responsible for all company communications, including strategic planning and issues management.

From 2000 to 2003, De Palmas was director of Business Development for Cisco Systems in Milan. In that position, he launched and managed strategic initiatives and developed the public sector market for the company.

Before joining Cisco Systems, De Palmas developed his career in Brussels in the EU policy areas for eight years. During this period, he set up and managed the EU and Government Affairs function for Oracle Europe, Middle East and Africa (EMEA) and was also responsible for EU affairs for various business interests.

De Palmas has been extensively involved in the liberalization of the telecom sector; the convergence of the audiovisual, information technology and telecom sectors; and the development of electronic commerce. In 2018, he was appointed deputy chairman of the American Chamber of Commerce in Italy.

An Italian native, De Palmas has a degree in law and is fluent in Italian, Spanish, English and French.