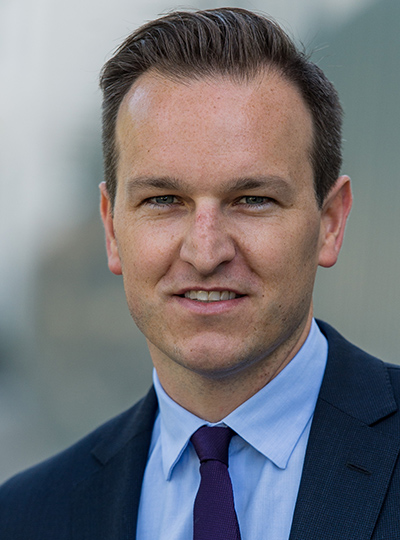 Brian Moran serves as vice president, Global Sustainability Policy & Partnerships for Boeing. In this new role, Moran leads a diverse, global team that elevates and showcases Boeing’s focus on sustainability. This includes informing the global policy landscape and deepening partnerships to advance Boeing’s sustainability objectives, such as the scaling of sustainable aviation fuels. Moran is based Amsterdam, Netherlands and reports to the President of Boeing International and the company’s first Chief Sustainability Officer.

Prior to this role, Moran was based in Chicago where he led Global Brand & Corporate Communications for Boeing. Reporting to both the Chief Communications Officer as well as the company’s Executive Vice President of Operations & Chief Financial Officer, Moran and his teams strengthened the company’s reputation and drove business results by developing strategies, campaigns, and narratives on enterprise priorities such as aerospace safety, sustainability, culture change, operational excellence and financial performance. In addition to leading crisis and issues management, the group also oversaw employee communication for the company.

Previously, Moran was based in Brussels, Belgium where he was vice president, Government Affairs for Boeing Europe. In that role he was responsible for developing and leading an integrated government affairs strategy at pan-European level and representing Boeing interests with NATO and all European institutions – most notably the European Commission, Parliament, and Council. Prior to that role, Moran led Boeing International activities in Northern Europe, based in Berlin, Germany, where he developed government and industry relationships and working closely with Boeing's businesses to identify and assess new opportunities.

Before that, Moran was director of Communications for the Business Development & Strategic Integration organization of Boeing Commercial Airplanes, where he led a team in Seattle, Washington focused on the development, integration and delivery of strategic messaging in the areas of product and services strategy, aviation and environmental policy, and international growth. In this role, Moran led the campaign to apply for and win the ‘Collier Trophy’ – the highest honor in aerospace – for the 787 Dreamliner.

Moran previously served as senior manager of International Business Development for the Nordic region, Switzerland and the United Kingdom. Based in London, he led the development and management of Boeing's industrial participation programs valued at more than $1 billion in those countries. Prior assignments at Boeing's defense & space business included serving as chief of staff to the vice president for Business Development and later the president and CEO.

Moran holds a dual degree in international business and French from Lindenwood University and a master's degree in business administration from Washington University's Olin School of Business. He completed executive programs at The University of Pennsylvania Wharton School and a Brookings Institution legislative fellowship on Capitol Hill in Washington, DC. Moran speaks English, German and French and he is an alumnus of both the Atlantik-Brücke German-American Young Leaders program as well as the French-American Foundation Young Leaders program.