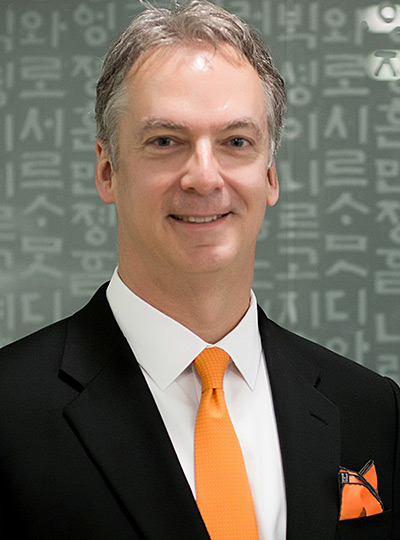 Before joining Boeing, John served as a career member of the U.S. Senior Foreign Service for 32 years. From June 2013, as an ambassador, he was the senior advisor for Security Negotiations and Agreements in the Department of State’s Bureau of Political-Military Affairs, serving as the principal coordinator of government policy on an array of international security agreements. Among them, he concluded landmark defense arrangements with the Philippines, Australia and Korea.

He previously served as the foreign policy advisor to the chief of staff of the Air Force from 2011 until June 2013. He was the U.S. ambassador to Thailand from 2007 through 2010. From 2005 to 2007, he served as the deputy assistant secretary of state for Southeast Asia.

John joined the Foreign Service in 1983 and worked extensively in East Asia. Of his three tours in Korea, one was as the minister counselor for political affairs at the U.S. Embassy in Seoul. He also served as the deputy director of Korean Affairs in Washington, D.C. His other tours include deputy principal officer of the U.S. Consulate General in Ho Chi Minh City, Vietnam; the Orderly Departure Program at the U.S. Embassy in Bangkok, Thailand; and the U.S. Embassy in Dar es Salaam, Tanzania.

A native of Indiana, John holds an M.B.A. from Indiana University, an M.S. in Entrepreneurship and Innovation from Indiana University, an M.S. in National Security Studies from the National War College, and a B.S. in Foreign Service from Georgetown University. He is a life member of the Council on Foreign Relations and a member of the Seoul City Mayor’s Foreign Investment Advisory Council (FIAC). John speaks Korean and Vietnamese.