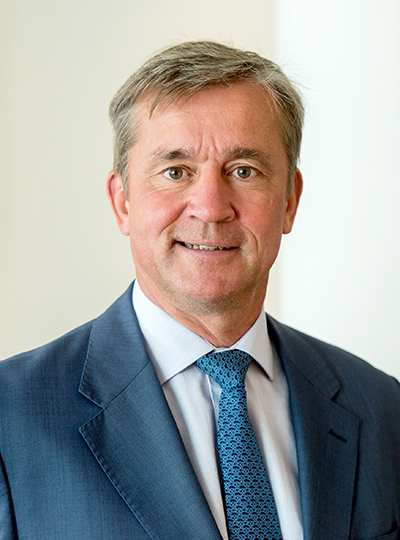 Dr. Haidinger has more than 25 years of extensive experience working with European aerospace and defense companies. He has worked on several military and civil aircraft projects, including paramilitary helicopters, business jets and regional aircraft.

From 2006 to 2015, he held different leadership positions in Rolls-Royce, notably as chairman of Rolls-Royce Deutschland, president of Civil Small and Medium Engines and chief sales officer of Rolls-Royce Powersystems AG.

Prior to Rolls-Royce, he spent almost a decade in France, first with Airbus Military as director of Finance, Administration and Procurement, and later with Eurocopter as executive vice president and chief financial officer.

Earlier in his career, he worked for DASA AG as assistant to the chief financial officer and was also an assistant professor at the Management Institute of Innsbruck University.

Dr. Haidinger is Austrian and has a Ph.D. in economics from Innsbruck University and an MBA from INSEAD Fontainebleau.