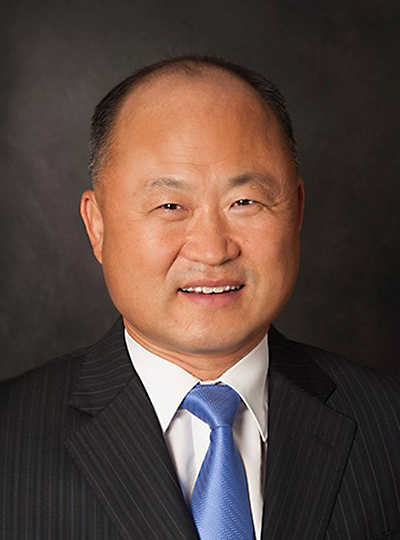 Yeong Tae Pak is Boeing Defense, Space & Security (BDS) Global Sales and Marketing director of Southeast Asia. In this position, Pak is responsible for strategic planning and management of new business in the region and represents BDS with customer and partner representatives based in the Washington, D.C., area. He reports to Dennis Swanson, vice president of Boeing Global Marketing.

Prior to joining Boeing in 2013, Pak served in the military for 30 years, culminating as a U.S. Army Colonel. He entered military service as a Second Lieutenant upon graduation from the U.S. Military Academy at West Point in 1983. Pak served in a variety of command and staff positions, from battery to brigade.

Pak was the director of Operations, Policy, and Liaison in Joint U.S. Military Affairs Group-Korea (JUSMAG-K), where he assisted in the successful sale of F-15Ks to Korea. He also served as the Deputy J5 Political-Military Officer, U.S. Forces Korea, where he helped to negotiate multibillion-dollar plans to realign U.S. forces in Korea. Pak also served as the G-3/5/7, Strategy, Plans and Policy lead for the 2006 Quadrennial Defense Review at the Pentagon. Subsequently, he was the associate director in the Defense Language Office of the Secretary of Defense where he helped to write overall DOD policy on Foreign Area Officer Program. Pak also was division chief for Army Current Operations and Contingency Plans in Washington, D.C. where he managed Army operations around the globe including rotation of troops into Iraq/Afghanistan.

After the Pentagon, Pak was the Senior Defense Official/Defense and Army Attaché in Kuala Lumpur, Malaysia. His final assignment was at the Asia-Pacific Center for Security Studies in Hawaii as the Academic Chief of Staff/Senior Military Professor and later the Chief of the Executive Operations Group.

His education includes the Japanese Command and General Staff College and the Senior Service College, Korean Institute for Defense Analyses Fellowship. He is also a graduate of the U.S Joint Forces Staff College and Massachusetts Institute of Technology (MIT) Seminar XXI. He holds a Bachelor of Science degree in engineering from West Point, a Master’s degree in Asian languages and culture from the University of Kansas and a Master’s degree in management from Troy State University. He is fluent in multiple languages including Korean and Japanese.