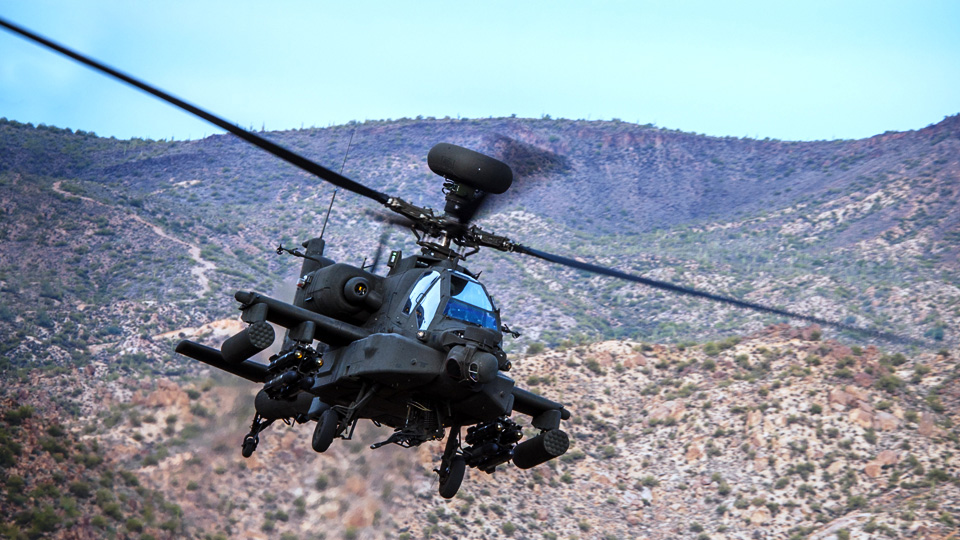 The AH-64 Apache is the most advanced multi-role combat helicopter for the U.S. Army and a growing number of international defense forces.

With unprecedented performance, advanced sensors and connectivity forming the building blocks of this fully integrated platform, the AH-64E Apache stands as the world’s most advanced multi-role combat helicopter and represents the backbone of the U.S. Army attack helicopter fleet, as well as a growing number of international defense forces.

The U.S. Army Apache fleet has accumulated more than 4.5 million flight hours. With more than 2,400 Apaches delivered to customers around the world, Boeing is committed to the continuous modernization of the program to ensure that AH-64 capabilities outpace adversaries to maintain battlefield dominance today and for decades to come.

Two high-performance turbo-shaft engines allow for a maximum cruise speed of 284 kilometers per hour, or 152 knots. 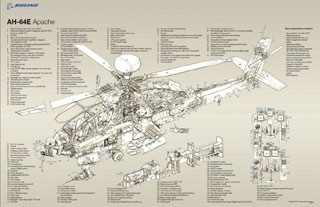 The Apache has advanced laser, infrared and target acquisition designation, including other systems, to locate, track and attack targets. 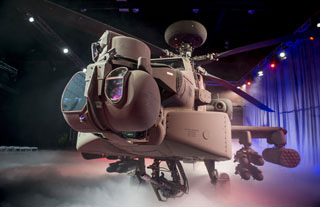 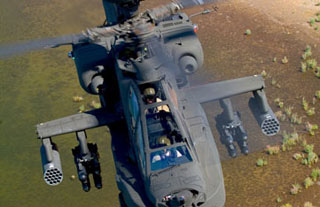 Boeing has continually upgraded and enhanced the Apache’s capabilities, and as of August 2013, the aircraft had more than a million combat flight hours. 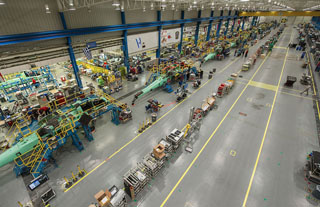 Boeing has a contract with the U.S. Army to provide logistics support and maintenance throughout the aircraft’s lifespan. 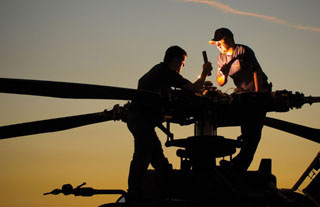 Optimizing readiness for Apache fleets around the globe is one of Boeing’s primary missions. From Performance-Based Logistics (PBL) and integrated fleet support to modifications, repairs and training, Boeing provides a broad spectrum of innovative products and services which directly support and enhance capabilities while reducing the total cost of ownership. Boeing’s award-winning services range from transactional spares to complete lifecycle support solutions that are uniquely tailored to the requirements of each AH-64 Apache customer.

Collaboration is key to Boeing’s success around the world, and our commitment to in-country partnerships is a major focus for Boeing in its second century. We are investing in talent, training and skill development now and for the future, ensuring that workers are ready to deliver world-class quality. For example, Boeing’s joint venture facility in Hyderabad with Tata Advanced Systems is delivering Apache attack helicopter fuselages for our global customers at a steady pace with plans to establish rotorcraft training and support capabilities in India as deliveries commence this year. 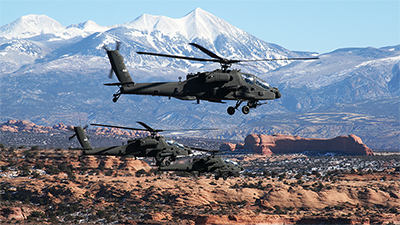 One Apache Pilot +10,000 Flight Hours = A Lifetime of Service

Utah National Guard Apache Pilot CW5 Ken Jones has served his country for decades and, now, is in a class by himself as an AH-64 Apache Pilot. As an instructor and a warrior he has achieved a master level. 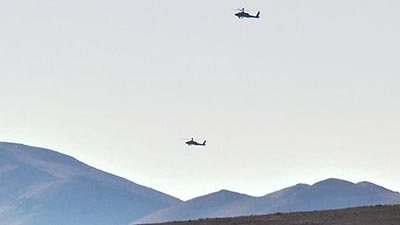 For the first time ever, U.S. and Japanese Apache helicopters teamed up to launch Hellfire missiles during a live-fire test, and the result was perfection. 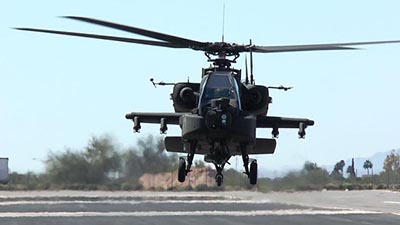 Boeing teammates who build the Apache offer insight into what it means to them and to those whose lives depend on it. 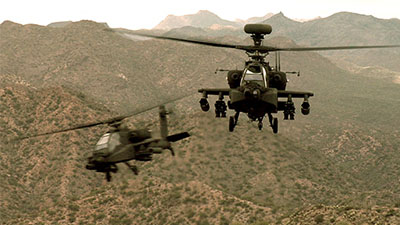 The New Apache: A Soldier's Guardian

The AH-64E Apache is the most advanced multi-role combat helicopter for the U.S. Army and a growing number of global defense forces. To date, more than 400 AH-64E model Apaches have been delivered worldwide. The AH-64E features:

Boeing-built AH-64D Apaches continue to operate around the world, featuring these enhancements: