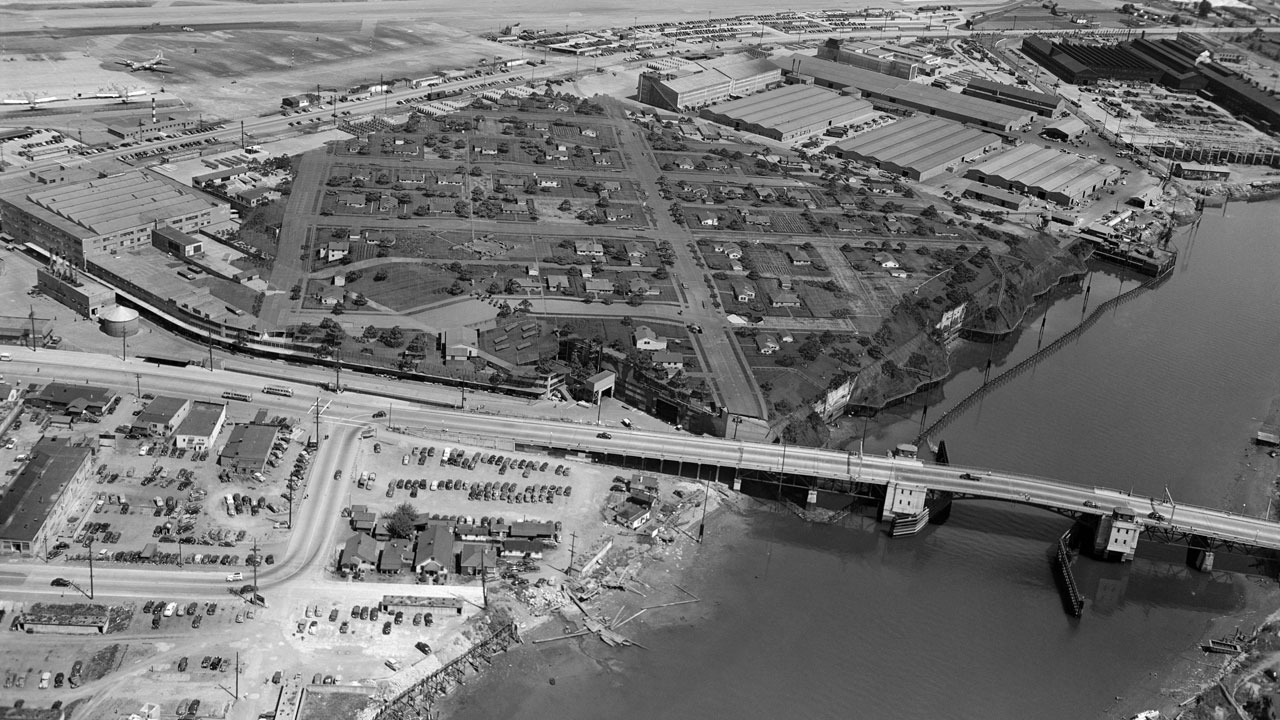 History of the Duwamish Waterway 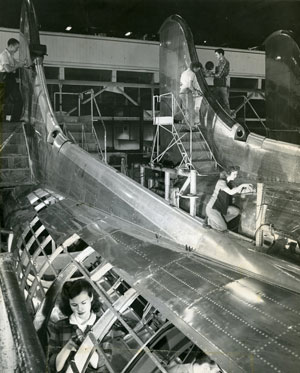 Boeing began recruiting women to fill the B-17 assembly lines as more men left for the front lines. Known as Rosie the Riveters, the women worked in two shifts, building an average of 12 B-17s a day.

In 1913, the Commercial Waterway District No. 1 began rechanneling the Duwamish River by excavating and dredging more than 20 million cubic yards of mud and sand. Within a few years, the Duwamish was transformed from a nine-mile, shallow and meandering river to a five-mile engineered waterway.

The soil excavated during the rechanneling, combined with an additional four million cubic yards removed during the re-grading of Jackson and Dearborn streets, was used to construct the 350-acre Harbor Island which separated the mouth of the waterway into two separate channels.

With the wider and deeper Lower Duwamish Waterway, sea vessels were now able to move beyond Elliott Bay into what would eventually become the industrial and commercial core of Seattle. The Duwamish Waterway enabled a century of development in Seattle’s principal commercial district. The waterway is a hub of activities that have included cargo handling and storage, marine construction, ship and boat manufacturing, concrete manufacturing, paper and metals fabrication, food processing and countless other industrial operations over the years.

In 1936, the federal government ordered 13 of Boeing's new B-17 Flying Fortress, the nation's first four-engine bomber. Due to the lack of space at Boeing’s original manufacturing plant, Plant 1 or the “Red Barn,” the company purchased a 28-acre parcel of land along the Lower Duwamish Waterway and constructed an assembly building to accommodate the government's growing need for military aircraft. Between 1937 and 1939, the federal government ordered an additional 119 B-17s.

In May 1940, President Roosevelt delivered a speech to a joint session of Congress, during which he called for policies and appropriations that would allow the nation “to turn out at least 50,000 planes a year.” As part of the 50,000-plane program, the federal government ordered approximately 7,000 B-17s to be manufactured between August 1940 and February 1944. The original 60,000-square-foot facility was unable to accommodate this unprecedented demand and the War Department instructed Boeing to prepare plans to increase production capacity.

To protect Plant 2 from any foreign surveillance, the U.S. Army Corps of Engineers camouflaged the building's roof to resemble a hillside neighborhood dotted with homes and trees. From the air, Plant 2 seemed to disappear into the residential communities surrounding it.

In addition to supplying the military with nearly 7,000 B-17s, Plant 2 provided thousands of Washington men and women with manufacturing and industrial jobs.

Looking to the Future

The Duwamish Corridor serves as home to hundreds of businesses that represent 25-percent of all manufacturing in King County, supporting more than 100,000 full-time jobs. For decades, these companies have performed a variety of heavy commercial and industrial operations and activities including metal manufacturing, container storage and shipping, marine construction and fuel processing.

In 2001, the five-mile stretch of the Lower Duwamish Waterway was listed as a Superfund site by the U.S. Environmental Protection Agency (EPA). Shortly after, Boeing joined with the City of Seattle, Port of Seattle and King County to form the Lower Duwamish Waterway Group to work with the EPA and Washington State Department of Ecology on a cleanup plan.

In December 2011, Plant 2 was demolished as part of Boeing’s cleanup and habitat restoration efforts along the Lower Duwamish Waterway. In its place, there is now restored shoreline and newly created habitat to benefit fish and wildlife.