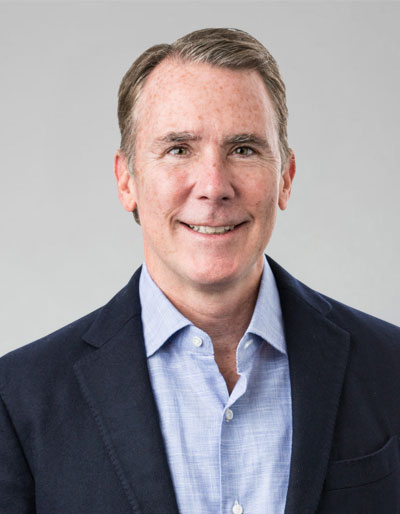 Brian West is the chief financial officer of The Boeing Company and executive vice president of Finance. Appointed to this role in August 2021, West leads all aspects of Boeing's financial strategy, performance, reporting and long-range business planning, as well as investor relations, treasury, controller and audit operations. West oversees the company’s global financing arm, Boeing Capital Corporation, and is a member of the company’s Executive Council.

West previously served as chief financial officer of Refinitiv, beginning in 2018, and was responsible for financial strategy and capital structure, resource investment and optimization, and shareholder and investor transparency. In addition to his work with finance, he also led commercial strategy and policy, sourcing and real estate management, and he oversaw ongoing process improvements across the business.

West is a founding board member of LiveGirl, a Connecticut-based nonprofit organization whose mission is to prepare the next generation of diverse female leaders with the skills, community and connections to thrive in the world.

West received a bachelor’s degree in finance from Siena College and a Master of Business Administration from the Columbia Business School.