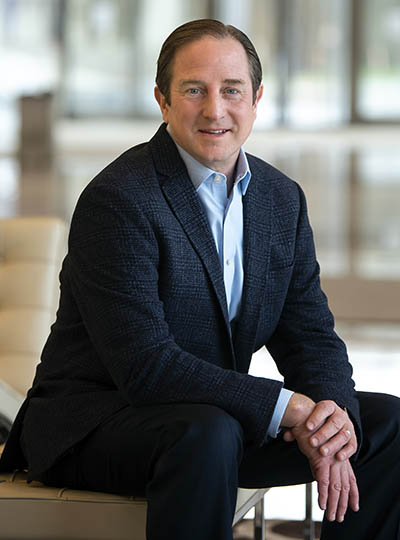 Prior to this role, Raymond was the vice president of Sustainability, Strategy and Corporate Development (SSCD) for The Boeing Company, leading the team that shapes the company’s future through market insights, strategies, partnerships and investments for sustainable innovation, productivity and growth.

In addition to his SSCD role, Raymond was asked to also lead enterprise-wide efforts to engage, inform and seek feedback from stakeholders following the tragic accidents involving the 737 MAX airplane. Raymond partnered with the Communications team and leaders from across the company to focus on employees, customers, passengers, suppliers and other valued partners, ensuring their voices and interests were actively represented across all the company’s efforts.

Raymond was previously vice president of Embraer Integration, a role in which he led the efforts for a potential strategic partnership between Boeing and Brazilian aerospace company Embraer. Raymond also previously served as the first vice president and general manager of Autonomous Systems (AS), a division within Boeing Defense, Space & Security (BDS) focusing on enterprise autonomous aviation and marine technologies, intelligence capabilities, and networking solutions from seabed to space. Prior to his role with AS, Raymond was vice president and general manager of several businesses involving integrated missile defense, sensors and signals intelligence, and undersea capability. He also served as vice president of global Business Development & Strategy for BDS, leading a global team focused on customer solutions, partnerships, new business capture and strategic planning.

Raymond began his career as an engineer at Boeing’s Long Beach, California operation. He has served in leadership assignments in engineering, supply chain management, strategy, sales, program management and operations. Raymond is an associate fellow in the American Institute of Aeronautics and Astronautics and a fellow in the Royal Aeronautical Society. He is part of The Clean Skies for Tomorrow Coalition, is a World 50 member and serves as an advisory board member with Dell Technologies, the MIT Climate and Sustainability Consortium, and the University of Illinois Aerospace Engineering Board.