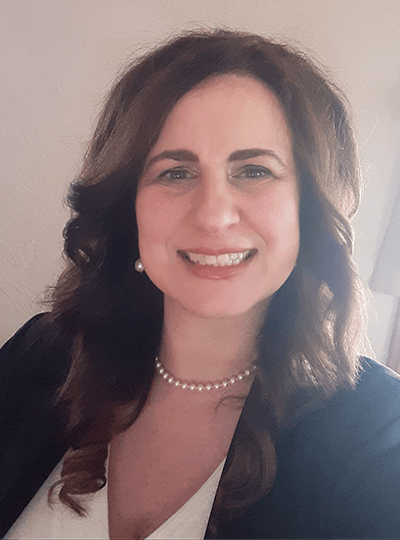 Angela is the Managing Director for Boeing Southern Europe, with responsibilities for Italy, Spain, Portugal and Greece. In this role, she builds on Boeing customer and stakeholder relationships and forges new connections to advance Boeing’s business goals in Southern Europe through proactive engagement.

Until December 2020 Angela was the Director - BCA Structures Engineering, Product Development and Technology, overseeing structural/airframe developments in support of BCA Product Development initiatives, with emphasis on creating an effective and competitive production system.

Angela was also the Technical Fellowship Executive Champion for BCA Structures Engineering, overseeing and guiding utilization and development of the approximately three thousand BCA Structures engineers located at sites around the world.

Prior to her Product Development role, she was Director for the New Midmarket Aircraft, leading a large multi-disciplinary engineering team and guiding design and production system development for the airframe fuselage and major airplane integration areas.

Before joining Boeing in 2012, Angela held leadership and engineering roles at Alenia Aeronautica. She was Alenia’s onsite 787 Engineering Program Manager over the course of the 787 development, collocated with the Boeing Everett 787 Program since 2004, with assignments in Everett, Washington and Charleston, South Carolina. Her responsibilities spanned Engineering, Manufacturing, Contracts, Supply Chain, Quality, and Material Management organizations. She held several other engineering leadership roles with Alenia in support of the 787 Program and Boeing Product Development. She started her career as a stress analysis engineer, contributing to structural development and substantiation for numerous metal and composite programs.

Angela served one year as Professor’s Assistant at the University of Naples (Italy) in Structures and Aero elasticity, working with the Italian Center for Aerospace Research (CIRA).

In June 2021 Angela Natale was appointed as a member of the American Chamber of Commerce in Italy Board of Directors.

An active and engaged Society of Women Engineers member, she is a strong advocate for Diversity & Inclusion.

Angela is an avid reader, and enjoys fencing, painting, playing the piano, and walking her dogs.

Angela is fluent in Italian, English and French; she is a beginner in Spanish.