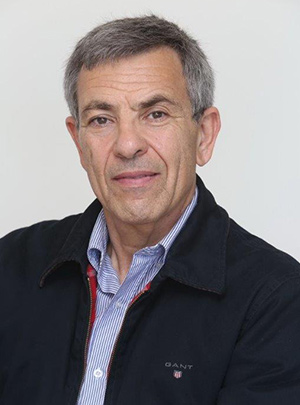 Ido Nehushtan is president of Boeing Israel. In this capacity he is responsible for coordinating all companywide activities as well as developing and implementing company's strategies in Israel.

Before joining Boeing, Nehushtan was active in the private sector. Among others, he served as a senior strategic consultant for technological companies such as Dell – EMC, Elbit Systems and IAI. Nehushtan served also as the Chairman of Cannasure Therapeutics Ltd, a company active in medical cannabis.

MG (ret.) Nehushtan served as the 16th commander of the Israeli Air force (IAF), a position he held between the years 2008 – 2012. During his tenure, General Nehushtan significantly augmented Israel's Ballistic Missile Defense capabilities and oversaw the successful launch of the "Iron Dome", an active defense system for intercepting rockets and missiles in the air.

Nehushtan also expanded the IAF’s fighter aircraft capacity, signing the MOU for procuring the first IAF squadron of the advanced 5th generation F-35I fighter jets. In addition, Nehushtan enhanced the IAF’s operational capabilities in various areas and led the force through extensive operational activity. Among others, he commanded the IAF during operation "Cast Lead" in Gaza strip in 2009.

Nehushtan is married to Orna, they have 3 children.