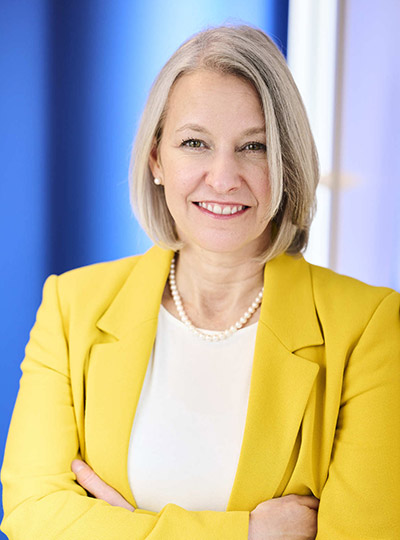 Kim Stollar was named managing director of EU & NATO Government Affairs in March 2019. In this role, Stollar represents the company’s interests with all European institutions, most notably the European Commission, the European Parliament and NATO. Stollar works closely with Boeing’s Europe team on supporting EU policies that advance Europe’s economy, promote sustainable growth, contribute to a safe, innovative and competitive aviation system, and connect EU citizens and businesses. She is based in Brussels, Belgium, and reports to Sir Martin Donnelly, president of Boeing Europe for Boeing International.

Stollar brings an international perspective after spending four years in Tokyo as regional counsel for Japan, China and Korea in the Global Law Affairs group of the Office of General Counsel for The Boeing Company. In that role, she was responsible for legal issues affecting the company within her region, including work in the areas of anticorruption, corporate law and governance, contract negotiations, government procurement, investigations, trade controls and privacy law.

In addition to her international roles, she served with the Boeing Global Services (BGS) Law Department in Dallas, Texas, where she was general counsel for BGS’s supply chain distribution business (formerly Aviall and KLX) and chief counsel for International Government Services. She also was senior counsel for Environment, Health and Safety in southern California.

Stollar joined The Boeing Company in 2007. Before joining Boeing, Stollar was senior counsel for the International Paper Company. Early in her career, she represented public and private sector clients in different law firms.

Stollar is a graduate of Case Western Reserve University School of Law and received a Bachelor of Music from The Ohio State University. She speaks English, French and Japanese.