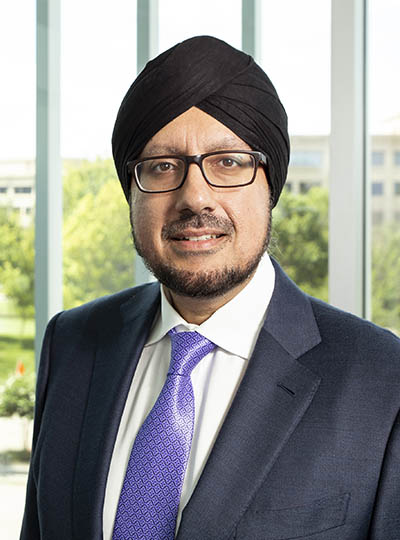 Kuljit Ghata-Aura is president of Boeing Middle East, Turkey and Africa (META). He is responsible for coordinating all companywide activities in the region and developing and implementing country and regional strategies. Ghata-Aura focuses on government affairs, new business and industrial partnership opportunities, corporate citizenship projects, expanding the Boeing presence and strengthening company relationships with customers and other stakeholders. He is based in Dubai in the United Arab Emirates and reports to Michael Arthur, president of Boeing International.

Ghata-Aura joined Boeing in 2010 and has progressed through several leadership positions. He most recently served as vice president and assistant general counsel for Boeing Global Services, from its inception in July 2017. He was responsible for the development and implementation of the strategy and activities of the legal and compliance teams including business structuring, transactional support, litigation and governance.

Prior to that, Ghata-Aura held roles as regional counsel for Europe, Russia and Israel and between 2010 and 2016, was regional counsel for India, Middle East, Turkey and Africa based in Dubai. He was responsible for advising the enterprise on all legal and compliance issues within the regions. In addition to his legal responsibilities, he also served as director of UAE Market Development, where he was responsible for planning and implementing key company initiatives in the United Arab Emirates.

Before joining Boeing, Ghata-Aura was a founding partner of Eversheds in Abu Dhabi. He previously spent 13 years practicing law in London, predominantly focusing on cross-border mergers & acquisitions, cross-border joint ventures, capital markets and general corporate and commercial work. Ghata-Aura is a British Citizen, born in Uganda, and grew up in London. He is a graduate of Oxford University and qualified as a solicitor of the Supreme Court of England and Wales in 1997.