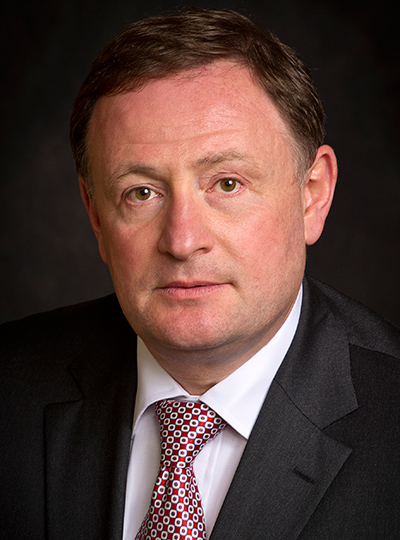 Dr. Sergey Kravchenko is president of the Boeing International Russia/CIS region. He is responsible for leading all Boeing business activities in Russia and Commonwealth of Independent States (CIS) countries and for directing a regional team composed of business unit leaders from each sector of the company.

In addition to his role as president of Boeing Russia/CIS, in 2017, Kravchenko was named innovation accelerator leader of Boeing Global Services. In this role, Kravchenko works to sharpen and accelerate the focus on innovation within Global Services, engaging with the Global Services Strategy team and Boeing HorizonX and aligning with corporate strategy to ensure that there is an innovative process that drives the faster-cycle, high-volume innovation needed within the services business.

Kravchenko has worked at Boeing for more than 25 years. From 1994 to 2002, he was a director in Boeing Commercial Airplanes in Seattle, Washington, and later served as a vice president for organizations in Engineering, Supply Management and Commercial Aviation Services. He also served as part of the leadership team responsible for the creation of the 777 and 787 commercial airplanes.

Before Kravchenko joined Boeing in 1992, he worked as a professor and as the lead scientist of the Russian Academy of Sciences. He also taught in Moscow and worked as a visiting professor and a research consultant in Sweden, the United States and South Korea. He holds two doctorate degrees, earned in 1984 and 1990, in the areas of applied mechanics and mechanical engineering from the Russian Academy of Sciences. He has published more than 70 research papers and holds more than 20 patents in various areas of engineering.