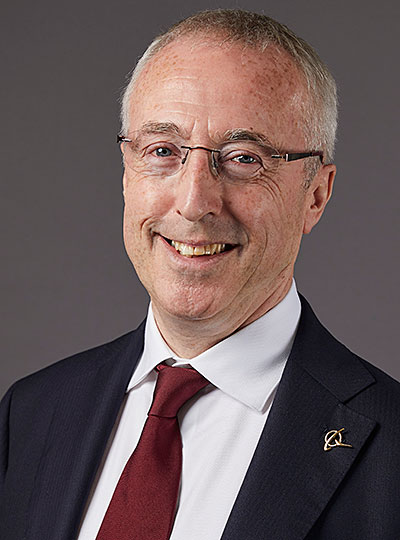 Sir Martin Donnelly was appointed president of Boeing Europe and managing director of Boeing U.K. and Ireland in June 2019. He is responsible for expanding Boeing’s presence and pursuing new growth and productivity opportunities as the senior Boeing representative in Europe, the U.K. and Ireland. He is based in the Boeing U.K. offices in central London and reports to Sir Michael Arthur, president of Boeing International.

Donnelly leads the creation and implementation of Boeing’s European strategy and drives business performance through strengthened regional alignment and improved operating efficiencies. He is also responsible for coordinating all Boeing business activities in the U.K. and Ireland.

Before joining Boeing, Donnelly spent more than three decades in government service in the U.K. and two years as a senior business advisor and lecturer.

Other notable positions during Donnelly’s career include deputy head at the cabinet office of the European Secretariat, team leader for European economic issues at Her Majesty’s (HM) Treasury, two years with the French Ministry for Economy and Finance in Paris, and secondment to the U.K. commissioner at the European Commission in Brussels.

From 2017 to 2018, Donnelly was a senior adviser to Teneo Consulting, and he has given lectures at the London Business School; Oxford, Cambridge and Glasgow Universities; Chatham House; London School of Economics; King’s College, London; and the Institute for Government.

Donnelly has Bachelor of Arts degrees in philosophy, politics and economics from Campion Hall, Oxford University, and a postgraduate diploma in European studies from the College of Europe in Bruges, Belgium. He is also a graduate of the Ecole Nationale d’Administration in Paris.